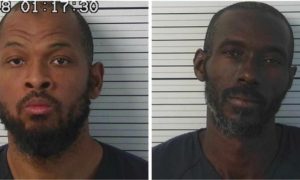 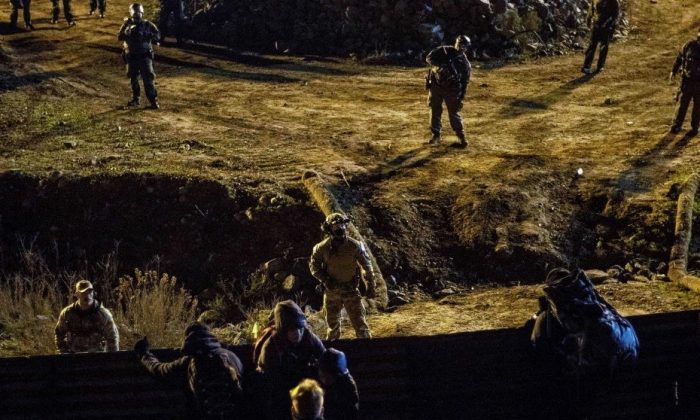 The group of Central American migrants is believed to have been brought over the border by smugglers. The group consisted mostly of families and unaccompanied minors and were in need of medical attention. They turned themselves in to border agents after midnight.

A press release from U.S. Customs and Border Protection, obtained by Fox News, indicated the migrants are following a common procedure taught to them by smugglers.

The Democrats could solve the Shutdown problem in a very short period of time. All they have to do is approve REAL Border Security (including a Wall), something which everyone, other than drug dealers, human traffickers and criminals, want very badly! This would be so easy to do!

This mass arrest comes after news that a new migrant caravan is traveling through Central America for the United States.

“A big new Caravan is heading up to our Southern Border from Honduras,” wrote President Donald Trump on Twitter. “Tell Nancy and Chuck that a drone flying around will not stop them. Only a Wall will work. Only a Wall, or Steel Barrier, will keep our Country safe! Stop playing political games and end the Shutdown!”

A quarter of the government remains shut down due to a stalemate between the president and House Democrats, who are refusing to provide funding for a border wall as large numbers of migrants try to illegally enter the United States.

Trump, who has called the border situation a “humanitarian crisis,” is waiting to open the government once the Democrat-controlled House apportions the money needed to build the president’s long-promised border wall.

House Democrat leaders, who claim the border situation is a “manufactured crisis” have said the wall is expensive and unnecessary. Pelosi went as far as saying it was “immoral.”

In a video clip posted to the White House’s official Twitter account on Jan. 14, Arizona rancher Jim Chilton, who owns a ranch across more than five miles of the border, spoke at the 100th anniversary American Farm Bureau Federation Convention as Trump listened beside him.

“Mr. President, we need a wall,” Chilton said to cheers in front of more than 7,000 farmers and ranchers who attended the event. “I would say we need a wall all the length of the border. We’ve got to stop the drug packers bringing drugs in to poison our people.”

Illegal border crossers and drug smugglers often end up on Chilton’s property, he said. Currently, at his ranch, there is only a barbed wire fence to separate Mexico and the United States. Those working for drug cartels stalk his land, according to AG Web. A border patrol agent was shot multiple times while looking for illegals on Chilton’s property.

“When I ride, I have a .44 pistol and a .44 rifle at my side,” Chilton said, via AG Web. “Every time I kiss my wife goodbye I don’t know whether that’s going to be the last time or not, but we have to work our ranch.”

Congressional leaders for the Democratic Party have sought to block the building of the border wall. Trump has tried to negotiate with Democratic leaders in both houses of Congress and addressed the nation from the Oval Office on Jan. 8 about the crisis at the border.

“I would say to Speaker Pelosi, walls are not immoral,” Chilton said at the convention. “In fact, I’ve traveled around the world, and the biggest wall I have ever seen is around the Vatican. They have a wall. Why can’t we?”