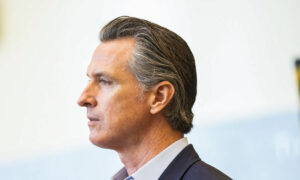 25 Displaced, About 15 Tents Destroyed in Fire at Homeless Encampment

A fire at a homeless encampment in Oakland displaced 25 people on the early morning of Sept. 11, according to fire officials.

The blaze was first reported at 2:41 a.m. in the 2200 block of East 12th Street, fire officials said. Firefighters contained it just after 4 a.m., Battalion Chief Demond Simmons said. About 15 or 16 tents were destroyed but nobody was injured.

No further information is immediately available.