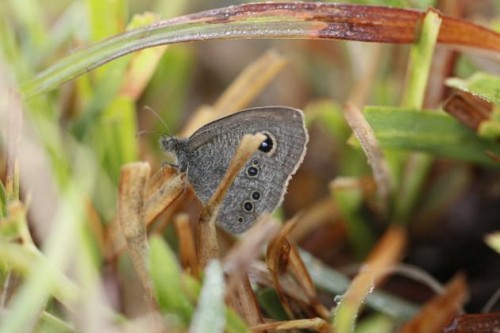 246 Species of Butterflies In India Reserve

Periyar Tiger Reserve in Kerala, India is a notable tiger reserve as well as an elephant reserve. A recent survey, however has shown that the protected forest area rich in biodiversity is also home to 246 species of butterflies, proving once again that protecting a tiger’s territory helps conserve a number of species including the small and spectacular butterflies.

The surveyors were especially delighted to spot three rare species of butterflies in the area. These were,

Sreehari R , Ecologist, who was part of the survey team said,

“The Baby five ring, which was recorded in the world only three times was found in the survey. The Pale green awlet, a nocturnal butterfly was found from the Velliamala section of the Periyar reserve, and the Broad Tail Royal, was recorded for the first time in Kerala from the Eravangalar region of the reserve.”

The other butterflies found were,

Dr Kalesh S of TNHS is confident that a follow up survey of the same nature could lead to the finding of more than 300 species of butterflies in the reserve making it the most diverse protected area of the state.

An earlier survey conducted in the Periya reserve in 1992 had revealed 167 species of butterflies.

This article was originally written and published by Atula Gupta, the head administrator for indiasendangered.com. For the original story and more information, please click HERE.