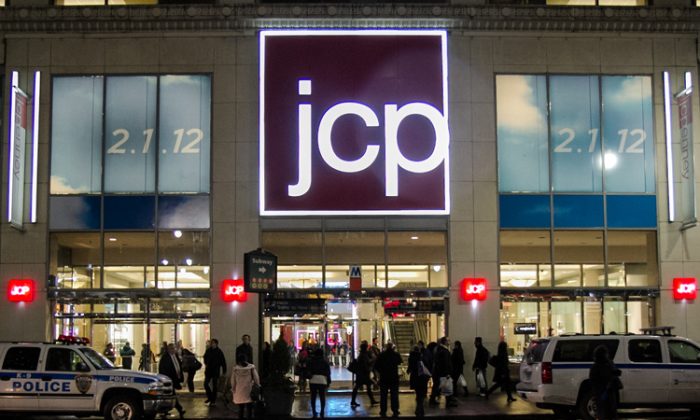 People coming in and out of the J. C. Penney store in the Manhattan Mall in Harold Square. (Benjamin Chasteen/The Epoch Times)
US News

J.C. Penney announced that it’s closing eight of its department stores across the United States, a spokesperson told CNBC. The closures will take place in 2018.

The eight store closures will result in the loss of nearly 500 jobs.

“We continually evaluate our store portfolio to ensure our locations offer the best expression of the JC Penney brand and can function as a seamless extension of our omnichannel experience,” a company spokesman told CNBC. “During this review, the decision was made to close eight stores across the country.”

The following stores will be closed:

Earlier this week, J.C. Penney said it would close a Wisconsin distribution and customer care center in the summer, resulting in the loss of about 670 jobs, Reuters reported.

“The company’s supply chain network is oversized relative to its national store footprint, and can be optimized by transferring operations to facilities in Lenexa, Kansas, and Columbus, Ohio,” J.C. Penney’s spokesman Carter English said in a statement to the news agency.

The distribution center will shut operations on July 1 and the customer care center on Sept. 1, JC Penney said, according to the outlet.