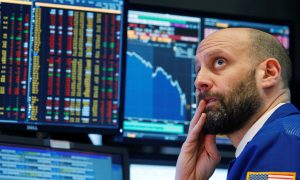 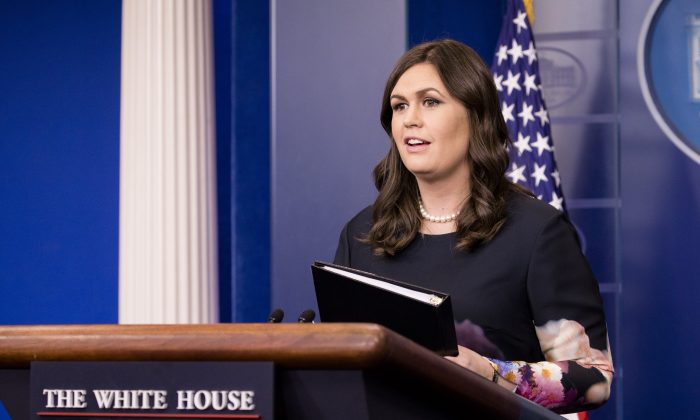 The White House issued a statement in response to the historic plunge of the Dow Jones Industrial Average on Monday.

“The President’s focus is on our long-term economic fundamentals, which remain exceptionally strong, with strengthening U.S. economic growth, historically low unemployment, and increasing wages for American workers,” Sanders said in the statement, according to Time.

“The President’s tax cuts and regulatory reforms will further enhance the U.S. economy and continue to increase prosperity for the American people,” Sanders added.

The Dow sank by more than 1,100 points on Monday and by 666 points on Friday. Overall, the market had the worst day in six years on Monday.

The stock market reached record levels early in Trump’s first year and continued to boom into 2018.

“The stock market has smashed one record after another, gaining $8 trillion in value,” Trump said in the State of the Union address.

Late in 2017, Trump spearheaded the passage of comprehensive tax reform, which has resulted in cash bonuses for more 3 million American workers and more than 300 companies announcing investments in their workforces. The Trump administration is also cutting government regulations at an unprecedented pace, shredding 22 old regulations for each new one.

“Even though there is a one-day fluctuation, it’s still in a really good place and much better than when he took office,” White House spokesman Hogan Gidley told CNN.

Trump did not take questions after arriving back at the White House on Monday. Treasury Secretary Steven Mnuchin issued a statement timed to Trump’s Cincinnati, Ohio, speech on tax reform.

“The President is delivering on his promise to provide relief to middle-income families, make American businesses more competitive, and grow our economy,” Mnuchin said.

Mnuchin reemphasized his enthusiasm for the economy on Tuesday in a testimony before U.S. House Financial Services Committee.

“Companies are announcing higher wages and increased benefits, as well as greater spending on employee training, infrastructure, and research and development,” Mnuchin said. “These investments will lead to long-term prosperity, and as companies continue to bring back cash from overseas, our economy will continue to grow.”