Only a few more set to do so 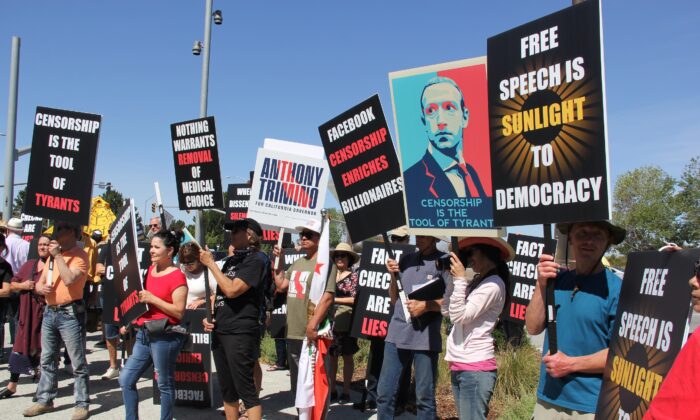 In the wake of the 2020 elections, Republicans across the nation raised the alarm over revelations that a Chicago-based nonprofit had dispersed nearly $420 million in grants, technical assistance, and other monetary contributions to assist local officials in administering elections.

The little-known Center for Tech and Civic Life (CTCL) had, with little attention, issued grants to nearly 2,500 county elections offices across 47 states and the District of Columbia before the 2020 election, using $350 million donated by Facebook—now Meta—founder Mark Zuckerberg for its Safe Elections Project.

The CTCL grants and awards were largely accorded to local elections officials to manage the voting accommodations mandated by public health officials during pandemic-skewered 2020.

Money was also made available by CTCL for county elections administrators to partner with community organization members for training in expanding voter registration, ballot curing, and mail-in voting among other outreach initiatives.

Although CTCL describes itself as a bipartisan nonprofit, saying that it issued grants to any elections officials who sought assistance, Republicans maintain the center aggressively recruited officials in counties and precincts that are traditionally Democratic—most notably in densely urban areas.

Conservatives railed against what they called “Zuckerbucks” or “Zuck bucks,” claiming that CTCL’s grants and other private contributions to election offices masked as COVID-19 relief was, in fact, an orchestrated effort to drive-up 2020 Democratic voter turnout and put Democrat Joe Biden in the White House.

How much of an influence “Zuckerbucks” had on the 2020 election remains a hot debate, but there is smoke with this fire.

Among many analyses of the 2020 vote that documented variations from traditional voting turnouts in counties that received “Zuckerbucks” grants are those conducted by the Honest Elections Project, created in February 2020 by the Federalist Society, which dismissed CTCL’s claims that the grants were for COVID-19 relief.

“The data show otherwise,” it said.

A Real Clear Investigations analysis determined that a significant majority of CTCL grants went to counties where the “average partisan lean in favor of Democrat Joe Biden over Republican Donald Trump was 33 points—meaning the aid could be expected to stimulate more Democratic votes.”

The Epoch Times has covered the “Zuckerbucks” scheme and responses by Republicans in state legislatures extensively, including heated battles in Missouri and Wisconsin.

Most readers—like most Americans—were unaware that their local elections office could legally accept grants from private sources to help administer elections. A November 2022 analysis by Benjamin Weingarten in The Epoch Times explains how pervasive the practice is.

Or, was, that is. Since the 2020 election, state lawmakers—mostly Republicans—have taken a long look at private contributions to elections offices.

Over the past two years, 24 state legislatures have adopted laws banning or restricting the use of private, third-party grants and other allegedly nonpartisan contributions to “assist” local officials in administering elections.

Montana’s Senate Bill 117 would ban election offices from accepting any private funding. A similar bill failed in 2021 when the Legislature was last in session. Montana is one of four states where lawmakers convene only in odd-numbered years.

Idaho’s House Bill 11 would prohibit state employees and officials from accepting private funds to administer elections. In 2021, Idaho lawmakers adopted a bill that only applied the ban to local elections officials.

Similar measures are anticipated in Wisconsin, Wyoming, and Louisiana, where lawmakers convene on April 10, the last Legislature to begin its 2023 session; by then, 10 states will have already adjourned for the year.

The Louisiana Legislature adopted an elections operations public funding ban in 2021 that was vetoed by Democratic Gov. John Bel Edwards. A 2022 bill prohibiting any state or local official overseeing elections from accepting private donations never got out of committee. A 2023 bill hasn’t been pre-filed but is likely.

Bel Edwards is one of six Democratic governors who have vetoed bills adopted by Republican-controlled legislatures in 2021 and 2022 banning private donations to local elections administrative offices.

Michigan’s Gretchen Whitmer, North Carolina’s Roy Cooper, Kansas’s Laura Kelly, Pennsylvania’s Tom Wolf, and Wisconsin’s Tony Evers are the others, with Evers doing so in 2021 and again in 2022.

Kelly’s veto of two Kansas bills, which prohibited the receipt and expenditure of private money by election officials, was overridden by the Legislature by a two-thirds supermajority vote and went into effect July 1, 2021.

Wolf vetoed a 2021 Pennsylvania bill that didn’t ban private contributions to elections offices, but required that all grants be distributed equally across all counties. He did, however, sign into law SB 982, which prohibits any private, nongovernmental funding for elections administration in July 2022.

According to an analysis by the Capital Research Center, CTCL in 2020 issued grants to 10 of the 13 counties that Biden won in Pennsylvania, including Erie County, which Trump had won in 2016.

The money can be used for “payment of staff needed to pre-canvass and canvass mail-in ballots and absentee ballots” and “physical security and transparency costs for centralized pre-canvassing and canvassing” under the law.

“No matter who on the outside is contributing, no matter their expressed motivations, millions of dollars coming in from national figures or organizations naturally raises suspicions of hidden agendas,” said SB 92 lead sponsor Sen. Lisa Baker (R-Dallas) in a statement.

It’s uncertain if Wisconsin Republicans in 2023 will attempt to get a third bill past Evers’s veto pen, with the governor winning a second term in November 2022.

But they may not need to.

In 2022, both chambers of the Legislature adopted a resolution to place a proposed state constitutional amendment before voters that would ban private funding for elections. The resolution must be approved again in 2023 for it to get on a ballot—most likely in 2024.

Wisconsin lawmakers in 2021 passed a bill that didn’t prohibit private funding for elections offices but required the state’s Elections Commission to approve it and to distribute it to counties based on population in a process overseen by the Legislature’s Joint Finance Committee. In 2022, the GOP-controlled Legislature included a total public funding ban in a broader elections bill.

Evers shot them both down.

In response, at least four Wisconsin counties have adopted their own bans on local elections offices accepting private donations for operations and technical assistance. Two have also done so in Michigan where, with Democrats now in control of both legislative chambers, such bills are unlikely to advance out of committees.