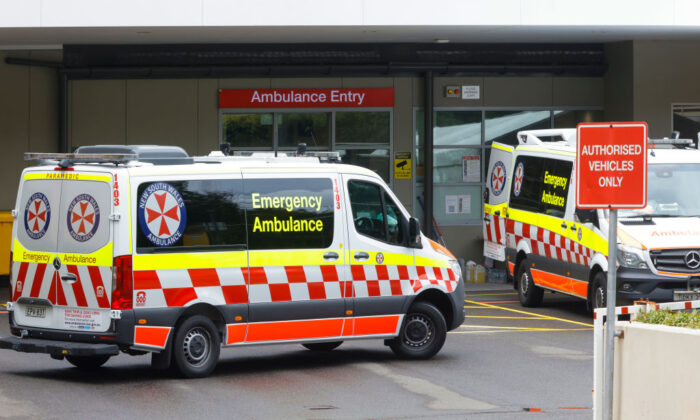 $24 Million in Research Funding to Keep Elderly out of Emergency

The Australian government has committed $24 million (US$16.9 million) to innovative research through Australian universities to find ways of keeping elderly people out of hospital emergency departments (EDs) to relieve pressure.

This comes as several Australian states, including South Australia (SA), Queensland (QLD) and Western Australia (WA), have been plagued by ambulance ramping, which refers to patients having to wait more than 30 minutes in an ambulance outside a hospital due to full EDs.

Flinders University, in partnership with Southern Adelaide Local Health Network (SALHN) and the SA Ambulance Service, will engage patients and the medical community to find the best way forward in the treatment of older Australians, who make up almost 25 percent of all ED visits, a media release said on Wednesday.

“Emergency departments across Australia are often overwhelmed by the high demand from our growing ageing population, but nearly half of the visits are potentially preventable,” said Flinders University’s Associate Professor Craig Whitehead, Director of Aged Care at SALHN and the project’s chief investigator.

“While they don’t always have life-threatening conditions, older people do require urgent and complex care, and this can often be better managed outside of an emergency department.”

In late 2021, SALHN established a new model of care for elderly patients, which is called CARE and is designed to provide alternative treatment pathways to EDs when emergency care is not required.

“Evidence has shown admission avoidance programs can be an effective treatment method, so we designed this model in conjunction with patients, geriatricians, emergency physicians, the state ambulance service, allied health and nursing, and hospital managers,” Whitehead said.

Whitehead welcomed the $1.1 million in funding his team has now been awarded to assess the outcome of the new model for patients, families, and the health service, as well as inform service improvements.

Meanwhile, the University of Western Australia has been granted around $2.9 million for research on improving emergency health care for older people with acute illness or cognitive decline.

Older Persons Early Recognition Access and Treatment in Emergencies (OPERATE) will implement, coordinate, and assess strategies, including streamlined ED, better care at home rather than in hospitals, and ensuring safe discharge and ongoing care.

The approach at the University of Tasmania, which also received $2.9 million in funding, will be to research the use of clinical pathways (CPs) in acute care to reduce pressure on EDs.

CPs are standardised, evidence-based, multidisciplinary management plans in which an appropriate sequence of clinical interventions, timeframes, milestones, and expected outcomes are identified among a homogenous patient group.

This project will employ a consumer-driven approach to investigate barriers to CP use, develop a sustainable implementation strategy for CPs, and identify CP priorities.

Health Minister Greg Hunt said in a release on Wednesday that this funding is part of the government’s commitment to investing in Australia’s brightest medical researchers.

“We know right across the country that Australians are facing increased wait times when presenting to hospitals,” he said.

“These projects will look at alternatives to how we can ensure Australians are getting the best care they can, without having to go to an ED.”