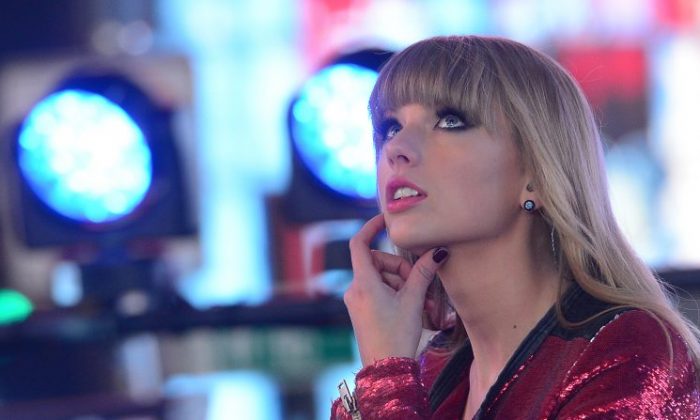 TMZ viewed the permit for the structures and reported that Swift is putting up a 6.5-foot cinder block wall near her front porch and another 7-foot retaining wall by her tennis court.

The function of both walls is to block visibility. Swift is arguably the most popular pop music artist in the United States and the walls are meant to give her more privacy at the estate.

Swift bought the mansion in 2015 from the family estate of Samuel Goldwyn, a movie mogul who built the home for his wife in 1934. The city of Beverly Hills designated the house a historical landmark, according to TMZ. There is a double-edged sword: Swift gets a tax break on the property but has to go through red-tape for any alterations.

Construction of both walls was approved because they do not “impact the integrity” of the mansion, according to Phil Saveni, president of the Beverly Hills Historical Society.

The star’s desire for privacy is no surprise. Swift speaks of the problems that come with fame on her latest album, “Reputation.” According to the Washington Post, several songs reference specific feuds she has had with celebrities and troubles she has faced in her relationships.

Since purchasing the home, Swift has commissioned restoration for nearly every inch of the 10,982-square foot Georgian Revival property, according to Top Ten Real Estate Deals. The work includes replicating original wooden fencing and reconstructing the pool cabana’s column.

During the Goldwyn era, the home attracted the biggest stars of the time, including Clark Gable and Charlie Chaplin, Refinery 29 reported. The home has remained part of the family estate since Goldwyn died in 1974.

The home includes a library, card room, gym, and a private guest apartment above the garage. The grounds feature a swimming pool and pool house and sunken tennis courts.

Swift’s latest album, “Reputation,” became her best-selling record with 1.28 million copies sold one week after the release, according to Variety. Swift is the only artist to top the 1 million mark in the first week with four different albums since 1991.

“Reputation,” released by Big Machine Label Group, is already the biggest album of the year with the holiday shopping season still ahead.