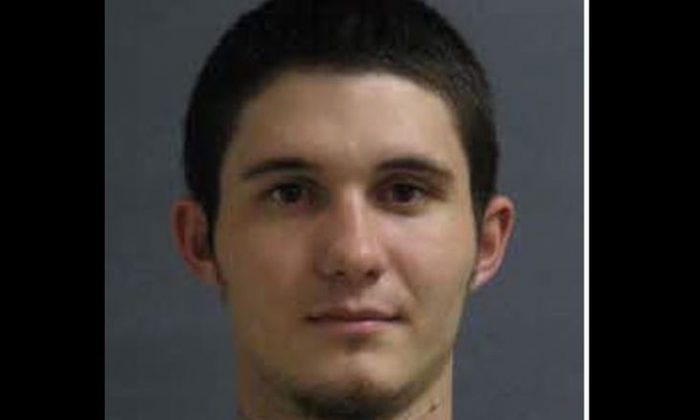 ‘Extremely Dangerous’ Inmate Escapes for Second Time in a Month

An Alabama inmate escaped for the second time in a month, officials said, adding that he’s armed and dangerous.

Shane Anthony Vernon, 27, “physically circumvented the security of the jail and escaped the facility,” said Coosa County Sheriff Terry Wilson. He added that the escape took place at 2:30 p.m. on Sunday, Nov. 19, CBS reported. He last escaped on Oct. 29 after removing his restraints and running while he was being booked into jail.

Vernon was seen last in a wooded area in Elmore County, located near Coosa County. Officials think he stole an electric dirt bike, the sheriff said.

“We’re still doing an ongoing investigation and I’m not ready to release any information about how he did it,” Capt. Mike Mull, administrator at the Coosa County Jail, said, according to the NY Daily News.

He was being held on charges including auto theft and burglary. He also has active felony warrants, ABC3340 reported. U.S. Marshals are now involved in the search.

Vernon has several tattoos, including “ride or die” on his fist. He’s also got a Chinese word on his neck and “County” on his left shoulder blade, according to reports. He is described as a white male, 5 feet 7 inches tall, and weighs about 130 pounds, AL.com reported.

People with information on his whereabouts should call the Coosa County Sheriff’s Office in Rockford at 256-377-2211 or call 911.