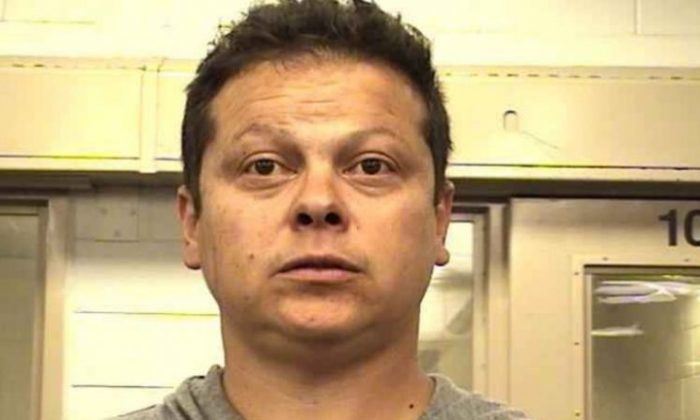 A Democratic congressional candidate in New Mexico was arrested for stalking, according to reports from local media outlets on Monday, Nov. 13.

David Alcon, running for New Mexico’s second district, was arrested in an apartment complex in Albuquerque on Friday after an arrest warrant was issued for him two weeks ago, KRQE reported.

A woman accused Alcon of stalking her, leading to a warrant for his arrest.

The unnamed woman attended a Halloween party at a Santa Fe, New Mexico, party on Oct. 28, and she said that she started getting text messages from Alcon and alleging that he also sent her a lewd picture.

Some of the texts suggested that he was watching her. He also wrote that he loved her.

That night, she alleged, Alcon texted her that he was outside her home.

Alcon also “told the woman that he wanted her to give birth to his children and said he was at her apartment,” KOB-TV reported. Police didn’t find him there.

The woman said that she had known him for about 10 years, the Las Cruces Sun-News reported. However, she said the texts were unusual.

After the warrant was issued in late October, Alcon didn’t turn himself into Santa Fe police.

Later, police were called to the Villa De San Felipe Apartments for a welfare check and found him last Friday, according to KRQE.

Alcon was arrested for stalking a woman in 2007. He pleaded guilty to the charges in 2008, KOB-TV reported.

He’s one of several Democrats seeking the nomination for the Second Congressional District, which covers most of southern New Mexico. It’s currently held by Republican Steve Pearce, who will be leaving Congress to run for New Mexico governor.