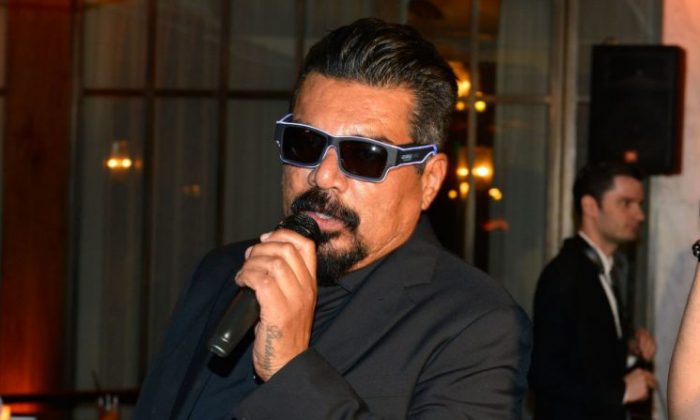 Comedian George Lopez was booed off stage at a gala for juvenile diabetes in Denver last week after his jokes about President Donald Trump flopped with the crowd.

The New York Post reports that Trump backer and Liberty Media CEO Greg Maffei, who donated $250,000 to the gala and sat in the front row, asked Lopez to keep the president out of his routine.

“George was asked nicely to stop making Trump jokes by a man in front row who just donated $250K,” one of the attendees commented on YouTube. But “George doesn’t, continues. Gets booed.”

The event sold tables ranging in price from $5,000 to $100,000 to benefit the Barbara Davis Center for Diabetes. When Maffei asked Lopez to cool it, the comedian replied, “Thank you for changing my opinion on old white men, but it doesn’t change the way I feel about orange men.”

Lopez tried to recover from the awkward moment, but the move didn’t seem to help.

“Listen, it’s about the kids . . . I apologize for bringing politics to an event,” Lopez said. “This is America—it still is. So I apologize to your white privilege.”

Lopez tried to make more Trump jokes, the Post reports based on an unnamed source.

“I guess you can get some Mexicans to do it cheaper and they wouldn’t crush the tunnels ­underneath,” he said referencing the border wall with Mexico that Trump has vowed to build.

Facing a negative response from the audience, he added, “Are you El Chapo people?”

Lopez was listed as the emcee for the event but did not return after announcing a video presentation. A local newscaster took over instead.

Another source told Page Six that Lopez’s segment was only supposed to be four minutes.

The gala raised $1.65 million. Lenny Kravitz, a rock musician, performed at the show.

The booing at a charitable event should not have come as a surprise. Republicans are three times more likely to donate $5,000 or more than to charity than Democrats, according to Philanthropy Roundtable.

Lopez’s flop comes after a similar disaster in the National Football League, which is facing declining TV viewership ratings after weeks of on-field national anthem protests by players.

Trump triggered the upsurge in NFL protests by saying that players who disrespect the anthem should be fired. He has continued his criticism, while the NFL is scrambling to find a solution that will keep the players happy and won’t alienate its fans.