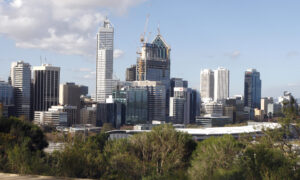 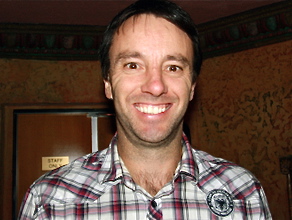 Justin Dean, Managing Director of Envent, a design consultancy specialising in product design and the commercialisation of new kiosk technology, took time out of his busy schedule to see the New York-based company present the revival of 5,000 years of traditional Chinese culture through classical Chinese dance and music.

Mr. Dean called the performance “incredible,” and knew that he had to see Shen Yun as soon as he saw the brochure, he said.

“All the costumes, loved the dancers—the female dancers were amazing—just the way they’re all synchronized,” he said.

He said “it was interesting to watch,” and found it informative to get a grasp of where the Chinese culture and dance comes from.

Throughout the performance, principles such as benevolence and justice, propriety and wisdom, respect for the heavens, and divine retribution, all come to life. Originating from Confucianism, Buddhism, and Taoism, these ideals are the essence of traditional Chinese culture, says the company’s website.

“It’s amazing,” he said. “It’s good to see all those different things. Some of the modern things going on in China, as well as some of the old traditions. It’s very good to see.”

Mr. Dean felt that “everyone should come and see this.” “I think it’s incredible … Anyone that likes dancing and or music, dances particularly, would love this.”

He also enjoyed the music played by the Shen Yun Orchestra, which combines classical Western and Chinese instruments, but it was the dancing that truly captivated him.

“This is amazing to see. I just love the dancing, it’s incredible. Really amazing,”

Classical Chinese dance has been passed down within the imperial palace and ancient Chinese theater and opera, explains Shen Yun’s website. It is one of the most comprehensive systems in the world, requiring extensive training.

“Soaking up profound wisdom from every era and dynasty, it has become a complete system of dance embodying traditional aesthetic principles with its unique dance movements, rhythms, and inner meaning,” states the company’s website.

Mr. Dean said he would “definitely come back” to see the show again next year.