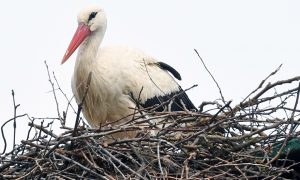 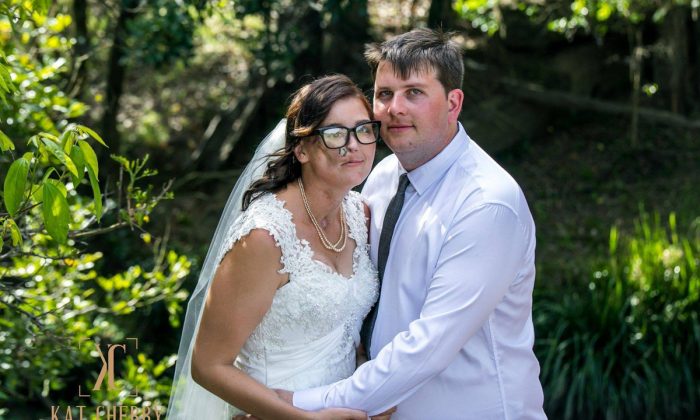 A wedding picture of Jo and Josh. (Kat Cherry Photography)
US News

A 23-year-old with cancer that took away one of her eyes and half of her face lost her battle with life—but not the love of the man who married her despite all odds and stood with her until the very end.

Joanne Coleman from Queensland, Australia, suffered from a rare kind of skin cancer and died on Aug. 28, after being diagnosed in 2016. Coleman married her high-school sweetheart, Josh last November, according to My Wedding Wish, a charity that organizes weddings for the terminally ill.

The two high school sweethearts shared an inspiring story despite Coleman being diagnosed at such a young age.

“I love him and he loves me. When I was diagnosed with cancer and I lost my eye, everyone thought he would do a runner–it’s a lot for a 20-year to take in–but he stuck around through the bad times and the good times,” Coleman had shared in a story shared on My Wedding Wish.

On Wednesday, the charity shared about Coleman’s death on Facebook: “We love what we do, but days like this are the flip side of our work where the pain of death and loss and heartache take over. This morning beautiful Joanne lost her battle with squamous cell cancer. She was only 23.”

“Jo and Josh married in a gorgeous loved up wedding in Brisbane last November. Our hearts go out to her husband, and family. The world just dimmed a little,” wrote My Wedding Wish.

The couple met in high school in 2009 and graduated together in 2013. They were good friends and lost contact for sometime before getting together. They were a couple since 2014 and remained so till Coleman’s death on Wednesday.

Coleman was diagnosed with cancer in August 2016 and was told she would have died by Christmas that year if it was not detected. To save her life, doctors had to remove the 20-year-old’s right year and half of her face.

That year, Coleman underwent 11 surgeries and doctors left her face open for eight months while she underwent radiation and chemotherapy.

Doctors closed her up after she was cancer-free and Josh asked her for marriage in January 2017. “We want to get married and spend time together doing everything we love to do, and go on as many adventures we can before this cancer bets me,” Josh had shared in his story with My Wedding Wish.

The charity helped her parents Helen and Terry Gladigau create a wedding of Coleman’s dreams on Nov. 3, 2018.

“In the planning, they asked Jo what she’d like, and the family pooh-poohed both her main ideas–a horse and a helicopter… but on the day Jo was surprised when a horse was waiting to take her to, you guessed it–a helicopter, which flew her to her beautiful wedding spot on a private estate where 170 of her family and friends gathered to celebrate the couple’s union,” said My Wedding Wish on its website.

The charity said that love was “palpable” at the wedding. “The ceremony focused on their amazing relationship of strength, tenacity, friendship, and love …,” said the Charity.

Helen and Terry wrote a thank you letter to the charity after the wedding. “I am sending the most heartfelt THANK YOU, the memories you have helped build for us will last Today Tomorrow and Forever,” they said.

Helen shared about her daughter’s death on Facebook. “Today our angel said good-bye,” she wrote on Wednesday.

The last post on Coleman’s Facebook was a picture of the couple and it said, “I love you.”