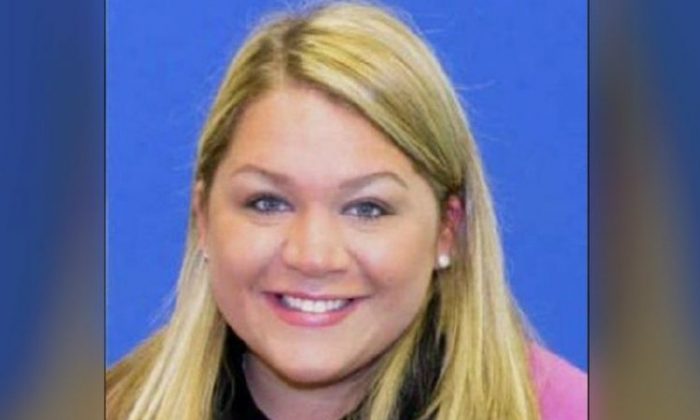 Laura Elizabeth Wallen, 31, a teacher who was pregnant, failed to show up for the first day of classes in Maryland. Police have found her body.. (Montgomery County Police Department)
News

Laura Wallen was four months pregnant when her boyfriend, Tyler Tessier, asked her father for her hand in marriage.

Wallen didn’t know that Tessier was already engaged to another woman, so she reached out to her via courteous text messages to clear things up, charging documents obtained by the Baltimore Sun show.

“It’s important that some things are cleared up and I would imagine that if you were in my position, you’d want some answers as well,” Wallen wrote. “By no means is this an attempt at confrontation.”

Days later, Wallen disappeared. Police found her body on Wednesday, Sept. 13,  after a weeklong search in a shallow grave.

Police said the results of the autopsy show that Tessier shot Wallen in the back of the head. Tessier was charged with first-degree murder. Wallen was 31 years old.

Wallen’s father, Mark Wallen, told the Baltimore Sun that his daughter’s death is a “senseless tragedy.”

People who knew Wallen were shell-shocked to hear about the circumstances of her death.

“It’s unreal. It’s like one of them bad Lifetime movies that you just like ‘Yeah I know what’s going to happen in the next five minutes of the movie.’  It’s not real,” former student Saquan Maxwell told CBS. “Why? What motivated you? Why? How could you be so possessed with hate?”

Wallen was reported missing after she failed to show up for the first day of class on Sept. 5. Police spotted Tessier and Wallen in surveillance footage next to Wallen’s home on Sept. 2. Investigators believe she was killed the next day.

Wallen’s sister received several text messages on Sept. 4 from Wallen’s phone saying that Tessier was not the father of her child. The sister noted that the messages were not her sister’s writing style. Tessier later admitted to writing the messages.

Tessier also admitted to driving Wallen’s car to an apartment complex, removing the front tag, and discarding her driver’s license and iPhone. Wallen’s license was discovered by an employee of the complex near a dumpster, according to police. Her car was backed into a parking space.

Tessier texted a friend on the night police believe he killed Wallen. He asked for a ride to Baltimore and said he needed some help to “clean up a mess.”

Before Wallen’s body was found, police coordinated with Wallen’s family to have Tessier speak at a press conference about her disappearance. Tessier held the hand of Wallen’s mother and made an emotional appeal to Wallen.

According to Montgomery County Police Chief Tom Manger, Tessier was already a person of interest at the time and investigators wanted to see how he would act.

“The decision to allow him to participate in that news conference was a calculated decision made by detectives in this case, with the expressed purpose of seeing what he had to say,” Manger said. “It was done with the approval and knowledge of victim’s family.”

“It was all we could to do to be seen as a unified family with him,” Mark Wallen said. “He is a monster and he is a liar.”

Wallen touched many lives in the community and worked selflessly to help her students. Wilde Lake Principal Rick Wilson said that she had a unique ability to look beyond test scores and connect with her students.

“She’s one of those special teachers that aims for the heart before she aims for the head,” he said. “She touched so many people in 31 short years. She volunteered to give up lots of time. She’s a very special person.”