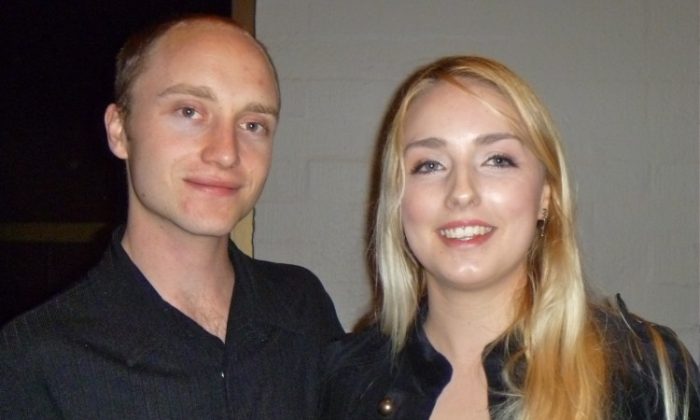 CANBERRA, Australia—Canberra graphic designer Claire Perri said she was “mesmerized” by the New York based Shen Yun Performing Arts after seeing the performance on Wednesday evening at the Canberra Theatre, on April 18.

“It was so beautiful, the costumes, the dances, the emotion and the story,” she said during intermission. “It was just incredible.”

“The colours and designs of the costumes are just exceptionally mesmerising. Incredible, amazing, outstanding.”

As a graphic artist she liked the animated digital backdrops behind the performers, which she said were “pretty exceptional,” particularly during a performance centered around the legend of the Monkey King, How the Monkey King Came to Be.

She also liked the flowing silk outfits in Sleeves of Silk, a classical Chinese dance.

There was a lot of meaning behind the dances, she said.

“Particularly the philosophical messages, they have in the songs and stories, I like how it ties in together, it’s got a very good feel and very good messages,” she said.

“Like finding the meaning of life, I guess through their performances they are trying to express that, dancing, beauty, enjoying life, creativity, trying to get happiness out of life. Trying to promote happiness and well-being through their dancing.”

She saw the show with her husband Rob Thompson, an electrician by trade.

He said the show was “brilliant.”

“I really enjoyed the music the costumes and dancing. I think the story is fantastic and the whole idea of it, the way they’ve done it so far has been really enjoyable.

“I liked the whole mythological aspect of it,” he said.