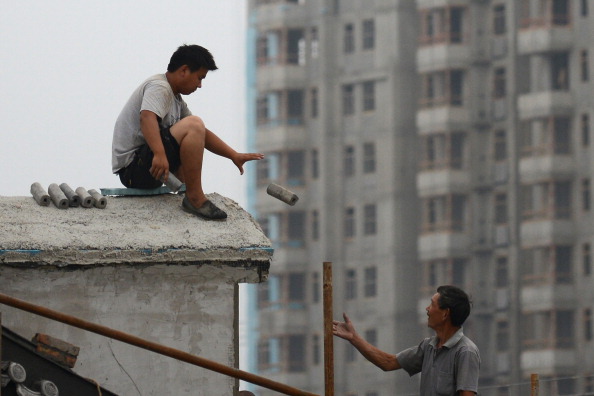 Official China is singing with one voice regarding prospects for the economy: recently released provincial numbers echo other economic estimates to signal that slower growth lies ahead.

On Feb. 9, China Economic Weekly reported the projections for 22 provinces and 7 regions or province-level cities were for lower Gross Domestic Product growth for 2015, compared to projections for 2015 made one year ago. Shanghai did not report any GDP target and the autonomous region of Tibet maintained its GDP projection at 12 percent.

The contracting provincial numbers follow upon lower official GDP numbers for China for 2014, released in January, which showed the economy falling short of its growth target for the first time since 1998. China claimed 7.4 percent growth for 2014, down from the predicted 7.5 percent.

The State Information Center, a state policy-making think tank in China, downgraded its projection for the expected growth for the national economy for 2015 to 7.1 percent, a drop off of 0.4 percent from 2014’s projected rate of 7.5, reported the Chinese portal Sina on Feb. 9.

Economists outside China are more pessimistic. The International Monetary Fund (IMF) also changed its growth forecasts for the Chinese economy—from 7.4 to 6.8 percent for the year 2015 and from 7.1 to 6.3 percent of the year 2016.

Yuan Gangming, a researcher with the Center for China in the World Economy at Tsinghua University in an interview with China Economic Weekly, commented on the recently released provincial projections.

“Bringing down the GDP targets is simply inevitable, since the previous expectations were simply not sustainable,” Yuan said. “It would be a huge mistake if (provinces] were to try to maintain their original targets.”

The coal-rich Shanxi Province was one of those that took the biggest GDP hit, lowering its projection by 3 percent.

“The lowering growth is mostly attributed the over supply of coal and the drop off in prices, since the coal industry is bread and better for Shanxi Province,” said Li Xiaopeng, governor of Shanxi Province in northern China, according to China Economic Weekly.