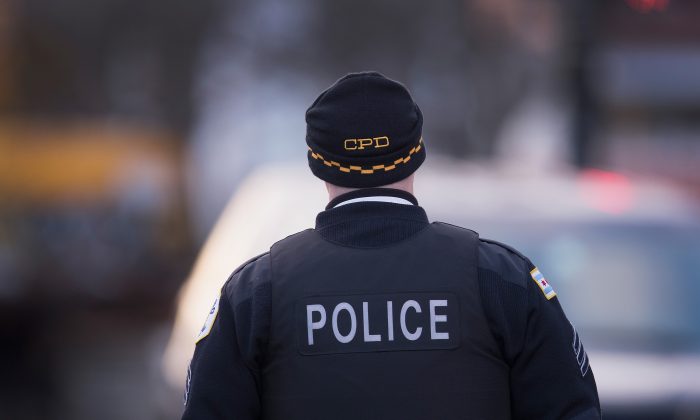 As detailed in published works for the Epoch Times over the last two years, these are defining times for American policing that demands ethical guardians.

There has always been corruption in government, but this is no excuse for unethical behavior to continue.

The dignity that represents America demands renewal, and our police, so vital to the integrity of government and security in our communities must rise to the occasion.

Every law enforcement official who takes the sacred oath to protect and serve must be fully dedicated to society as an ethical guardian.

There can be no compromise by law enforcement officials to ethical values. Law enforcement must be totally and wholeheartedly committed to their sacrosanct duty, never faltering with the responsibilities bestowed upon them.

In my Oct. 10, 2014 article for the Epoch Times titled “Transforming the NYPD: Terminating Toxic Police Officers,” I encouraged the NYPD—and every police department—to be inspired by the ideals of the United States Military Academy (USMA), commonly referred to as West Point.

The article stressed that the mission of West Point is to educate, train, and inspire leaders of character, ethics, and moral courage.

In the article, I also expressed by appreciation for the ethical leadership of NYPD Commissioner William J. Bratton, detailed during his words to over 800 top department officials in 2014.

Bratton addressed the small percentage of NYPD officers who are “poisoning the well” and needed to be weeded out.

On Monday, June 20, 2016, the United States Attorney’s Office for the Southern District of New York posted a document on its website reminding society that no one is above the law.

The document, complimented by a news conference on the same day, was titled “Senior NYPD Officials and others charged with Federal Public Corruption Offenses.”

It detailed the arrests of NYPD officials and charges against them.

These NYPD arrests complement the commitment expressed by Commissioner Bratton throughout his career, and during the retreat. The arrests also reflected the collaborative ethical leadership of the U.S. Attorney, NYPD, and FBI as detailed in the following statements:

Manhattan U.S. Attorney Preet Bharara: “The alleged conduct violates the basic principle that public servants are to serve the public, not help themselves to cash and benefits just for doing their jobs. Jeremy Reichberg allegedly showered senior police officials, Commanding Officers Michael Harrington and James Grant, with bribes, and in exchange, got ‘cops on call,’ a private police force for themselves and their friends. As alleged, Sergeant David Villanueva and Officer Richard Ochetal in the NYPD’s gun licensing division were also on the take, issuing gun licenses in exchange for cash, liquor, and limo rides. It is heartbreaking to see police officers who have taken the oath to serve and protect allegedly bring dishonor to an institution and profession deserving of the greatest honor. I thank the FBI for their work on this important investigation and the NYPD for its commitment and courage to police itself.”

FBI Assistant Director-in-Charge Diego Rodriquez: “The abuses of power alleged in this case are not victimless crimes. The victims are the citizens of New York, who rely on officers to fulfill their sworn duty. The victims are the upstanding police officers who do everything in their power to uphold the law and protect the public. The victims are public trust and confidence in law enforcement, both critical to ensuring public safety. The FBI, along with our partners, will continue to root out this kind of decay at every level in order to protect our citizens from the devastating consequences of corruption that undermines safety, and erodes the trust between law enforcement and the public.”

NYPD Commissioner William J. Bratton: “These charges and today’s arrests are a culmination of the joint investigative efforts of the NYPD’s Internal Affairs Bureau along with the FBI and the U.S. Attorney’s Office for the Southern District of New York. During the past three years, NYPD Internal Affairs and FBI investigators worked diligently in pursuing leads into alleged corrupt activity involving uniformed members of this department. Two separate investigations, by the NYPD and the FBI, merged seamlessly and resulted in today’s arrests of four members of the department as well as another individual. This investigation is not over and we will continue to work together with our law enforcement partners to go where the facts of these cases lead us.‎”

One of my responsibilities throughout my career has been empowering law enforcement with the character needed to serve society as ethical guardians.

It will be my goal with this event to compliment the noble efforts of countless police officials throughout the nation serving as ethical guardians.

I am confident their commitment, upheld by the U.S. attorney, NYPD commissioner, and FBI assistant director this week, will inspire police renewal, so critical to reawakening the nation.