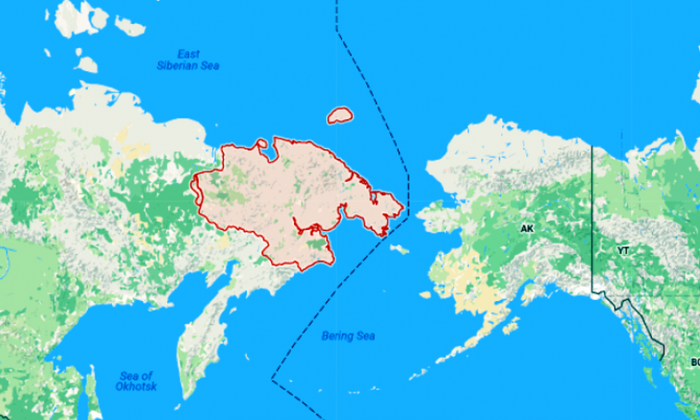 Russia to Deploy a Division of Troops 50 Miles From Alaska

Russia will station a division of troops about 50 miles from Alaska on a remote chain of islands in the Pacific.

Russian Defense Minister Sergei Shoigu said a division of troops will be stationed in Chukotka, reported Sputnik International. “There are plans to form a coastal defense division in 2018 on the Chukotka operational direction,” he said on Tuesday night.

Chukotka is a region located in Russia’s far northeast, and the new Russian troop division will patrol the area on quad bikes, according to Russia Beyond the Headlines. Chukotka is located right across the Bering Strait from Alaska.

The troops, Shoigu said, will be stationed there “to ensure control of the closed sea zones of the Kuril Islands and the Bering Strait, cover the routes of Pacific Fleet forces’ deployment in the Far Eastern and Northern sea zones, and increase the combat viability of naval strategic nuclear forces.”

The Kuril Islands are currently under Russian jurisdiction, but Japan claims the two southernmost islands of Iturup and Kunashir as part of its territory. Russian President Vladimir Putin, in an interview with Bloomberg this week, said the Kremlin isn’t interested in giving up one of the Kuril Islands. “We do not trade territories,” he said.

“However, it’s obvious that this is not just ordinary news, not least because what we’re talking about is the creation of a serious military force just a stone’s throw away from the United States: only the Bering Strait will separate the Russian coastal defense division from Alaska. At its narrowest point, that’s only 86 km (53 miles) away. Therefore, it’s worth taking a closer look at this announcement,” he told Sputnik.

Russia is also planning to deploy missile-defense batteries on the Kuril Islands, Reuters reported in March. “Coastal missile systems Bal and Bastion and new generation Eleron 3 drones will be deployed there this year,” Shoigu said at the time.