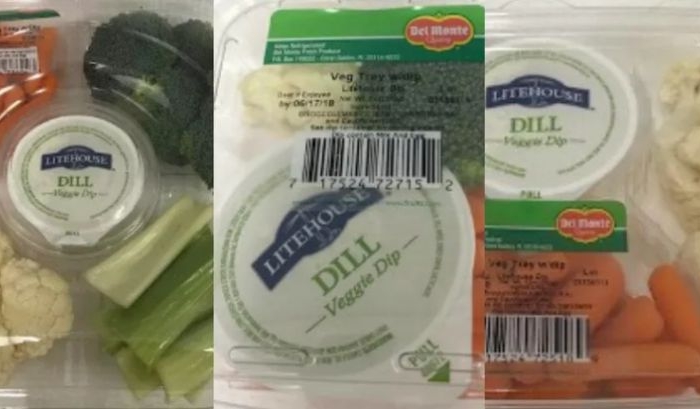 (US Centers for Disease Control and Prevention)
US News

At least 212 people have been sickened in four states due to an outbreak of cyclosporiasis linked to Del Monte vegetable trays, according to the U.S. Centers for Disease Control and Prevention. Seven of those people have been hospitalized.

They were recalled on June 15, 2018, for trays with a “Best if used by” date of June 17. They were sold at Kwik Trip, Kwik Star, Demond’s, Sentry, Potash, Meehan’s, Country Market, FoodMax Supermarket, and Peapod stores in Michigan, Iowa, Minnesota, Illinois, Indiana, and Wisconsin, the U.S. Food and Drug Administration said in a prior update.

There have been illnesses reported in Wisconsin, Michigan, Iowa, and Minnesota. “The two cases from Michigan reportedly purchased the vegetable tray in Wisconsin and therefore Michigan is not impacted from this outbreak,” said the FDA.

Cyclospora cayetanensis, the CDC noted, is a “single-celled parasite that causes an intestinal infection called cyclosporiasis.”

The CDC urges consumers to not eat the recalled vegetable trays, and instead, they should throw them away.

There is an ongoing investigation into the matter, the agency said.