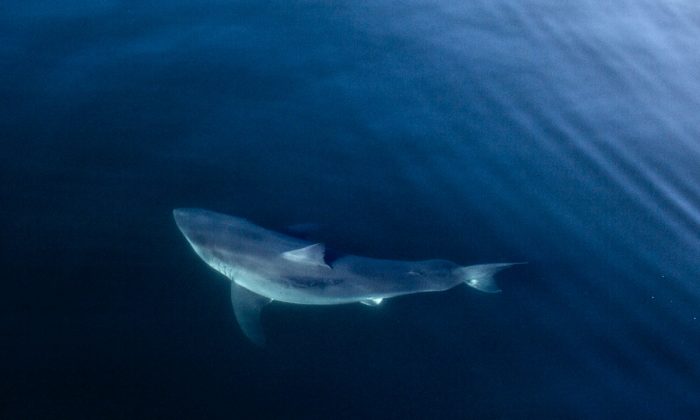 A 21-year-old California woman who was killed by three sharks off the coast of the Bahamas was pulled to shore by her mother, her father revealed.

Jordan Lindsey, 21, of Torrance, California, was snorkeling near Rose Island in the Atlantic Ocean on June 26 when three sharks attacked her. Her mother, Kami, was with her while she was snorkeling.

Michael Lindsey, her father, told ABC News that his wife was just a few feet away when the attack unfolded.

American student, 21, who was killed in a shark attack in the Bahamas was dragged to the shore by her desperate mother https://t.co/McvDFThKG2

“She said it happened so fast, and no one yelled anything. My wife got to Jordan and pulled Jordan to shore by herself. The medical staff said they still had to do an autopsy. My wife said no one told her there were three sharks,” he added.

The grieving father said that “we already miss her terribly.”

A biologist added there was likely a trigger that caused sharks to attack Jordan.

Dr. Erich Ritter, a shark expert who is investigating the incident, told The Associated Press that the sharks’ behavior was not normal. He added they may have been triggered by something being dumped nearby, possibly chum.

Ritter, who studies shark-human interactions, said the snorkeling company should have monitored the area better. He questioned the decision of the guides to be on the boat and not in the water during the expedition.

Jordan Lindsey, 21, who was killed in a shark attack was a student at Loyola Marymount. In a statement, the university said it would honor her memory by adding a plaque with her name to a student memorial located on campus https://t.co/zTi3xF0Pl1 pic.twitter.com/l3I02DQhZu

“I am saddened to share that Jordan Lindsey, a communication studies major, died on June 26, 2019. She was 21 years old,” the university told students, ABC reported. “Jordan was snorkeling with her family and friends in the Bahamas when she was attacked by sharks. Efforts were made to save her life, but she was pronounced dead at a hospital.”

Her body will now be taken to Princess Margaret Hospital in Nassau for an autopsy before it is taken California by the U.S. Embassy, according to Deputy Commissioner Paul Rolle, reported WPLG.

Jace Holton, 32, who was on a tour boat with Lindsey, took a picture of a shark in the water after the attack.

“About 45 minutes after we snorkeled in that exact spot is when people ran on to our side saying a girl had been bitten by a shark and it look pretty severe,” Holton told the Daily Mail. “On my side of the island we didn’t see any. But everyone got out of the water and we were pretty scared,” she said.