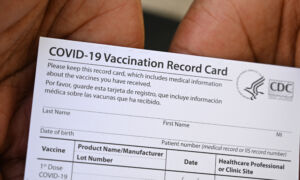 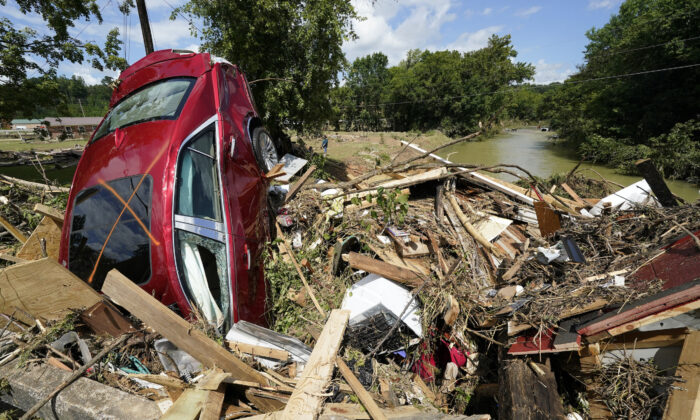 A car is among debris that washed up against a bridge over a stream in Waverly, Tenn., on Aug. 22, 2021. (Mark Humphrey/AP Photo)
US News

At least 21 people were killed and roughly 20 others are missing after severe flash floods swept through Humphreys County in Middle Tennessee, authorities said on Aug. 22.

Grey Collier, public information officer for the county’s emergency management efforts, told The Epoch Times that there are 21 confirmed fatalities and approximately 20 other people missing. Earlier reports of 22 deaths were due to a computer error, she said.

The Waverly Department of Public Safety shared an updated list of names of the missing residents, accurate as of 6:45 p.m. ET on Aug. 22, after initially releasing a list of more than 40 names.

“I would expect, given the number of fatalities, that we’re going to see mostly recovery efforts at this point, rather than rescue efforts,” Tennessee Emergency Management Director Patrick Sheehan said.

Chief Deputy Rob Edwards of the Humphreys County Sheriff’s Office told The New York Times that authorities are currently conducting door-to-door checks in the rural county and that he expects the death toll to rise. He said children were among those killed, including 7-month-old twins.

Collier told The Epoch Times that recovery efforts are ongoing.

The catastrophic flooding, which struck on Aug. 21, destroyed cellphone towers and telephone lines, with up to 17 inches of rain falling in less than 24 hours, breaking the state record for one-day rainfall by more than 3 inches, the National Weather Service stated.

The hardest-hit areas saw double the amount of rain that areas of Middle Tennessee had seen in the previous worst-case scenario for flooding, meteorologists said.

“It is a devastating picture of loss and heartache,” Tennessee Gov. Bill Lee said during a press briefing on Aug. 22.

The Republican governor had visited the affected areas earlier.

The Humphreys County Sheriff’s Office Facebook page quickly filled with people looking for missing friends and family. GoFundMe pages were made asking for help for funeral expenses for the dead, including the 7-month-old twins who were swept from their father’s arms as he tried to carry them all to safety, according to surviving family members.

President Joe Biden, at the beginning of a news conference on Tropical Storm Henri’s impact on New England, offered condolences to the people of Tennessee and directed federal disaster officials to work with the governor and offer assistance.

“I want to begin by expressing my deepest condolences for the sudden and tragic loss of life due to this flash flood,” Biden said. “I’ve asked the administrator to speak to Gov. Lee of Tennessee, right away, and will offer any assistance they need for this terrible moment.”