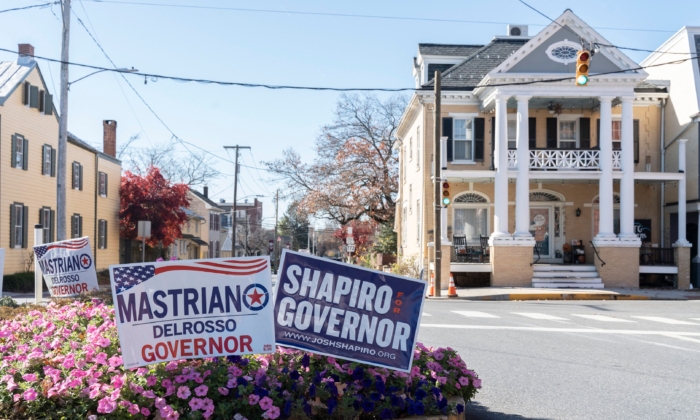 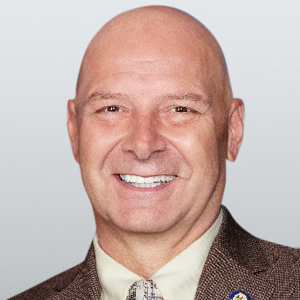 In the United States Army, at the conclusion of a deployment, leadership gathers to conduct an after-action review (AAR). This uses candid discussion to discern what went right, what went wrong, and to develop an action plan so that the next effort will work better.

To win future critical elections, including the 2023 judicial and the 2024 presidential, Republicans would benefit from a similar review of the 2022 gubernatorial election, and I also believe voters would benefit from an understanding of the truth. To that end, I candidly submit the following, from my perspective.

Democrats identified Pennsylvania as the most significant gubernatorial race in the nation and it pulled out all the stops for Josh Shapiro. They cleared the primary field and gave him seemingly unlimited resources. Liberal media reported as expected, and Democrats attained a level of unity seldom achieved by Republicans.

By contrast, despite decisively winning the Republican gubernatorial nomination, my candidacy wasn’t nearly as well supported. We were maligned by Republican leaders and my campaign was abandoned by Republican organizations that play a key role in electing statewide candidates.

This extraordinary outcome reinforced that our message resonated with voters and that our dedicated grassroots operation was extremely effective. From an AAR standpoint, however, the outcome begs the question: What might have been if we had just a little more help?

In primary elections, candidates of the same party run against each other to become their party’s nominee, who will go on to face the other party’s nominee. But in Pennsylvania, there’s a twist. Per the tradition of the Republican Party of PA (PA GOP), the first challenge facing Republican candidates for statewide office is to secure the endorsement of the PA GOP. PA is one of just a few states in which the Republican Party endorses a candidate to be its nominee before the public has cast a single vote.

For the candidate who receives it, this pre-election endorsement results in exclusive access to party resources, the full backing of its members, and a virtual guarantee of winning the primary election and moving on to the general election.

Not only is the PA GOP’s pre-election endorsement unusual, but it’s also extremely problematic. These pre–endorsed candidates go on to lose general elections more than 70 percent of the time. Additionally, the endorsement has been a contentious and divisive practice, which has created two bitterly opposed factions within the PA GOP: the duly elected members (Republican state committee members) and a group of self-appointed party bosses that includes donors, elected officials, and wealthy political consultants, commonly referred to as “Establishment Republicans.”

Elected members of the PA GOP have long lamented that Establishment Republicans undermine them, by manipulating the process to “fix” the endorsement for the candidate of their choosing. Perhaps the most problematic aspect of the endorsement is that, since it’s awarded before the primary, it disenfranchises and demoralizes voters, members, and potential candidates, which stifles our party’s efforts across the board.

With a staggering 13 candidates seeking the Republican nomination for governor, the 2022 primary election was set to be one of the most contentious in PA history. Thankfully, the PA GOP voted not to endorse in the 2022 primary election. It was the first time, in nearly 50 years, that the state party let the voters be the sole arbiters of who would represent the Republican Party in the general election. This was the most unity I’ve seen among the state committee members, party leaders, Establishment Republicans, and the candidates. It was a rare moment, but it was fleeting.

Just when it seemed the PA GOP had cleared the way for the gubernatorial candidates to test their merit-based campaigns on the voters, a well-funded state political action committee (PAC) stepped in and endorsed its own gubernatorial candidate. It spent millions of dollars smearing fellow Republicans—mostly me. The head of this PAC pledged that, even if I won the primary election, he “wouldn’t give one red cent“ to help me defeat Shapiro in the general election. It was a promise he would keep.

Nonetheless, my goal for the primary election was to get at least 35 percent (to surpass Wagner’s and Thornburgh’s primary victories) of the vote to help solidify the party and establish a mandate. By this time, Establishment Republicans had widely peddled the narrative that this honorably retired Army colonel was “too extreme“ to win the general election. As we neared the May 16 primary election, nine candidates remained, and polling showed that none of them was garnering the support needed to defeat my candidacy.

Suddenly, the same party bosses who’d engineered the decision to let the voters decide were now sounding alarm bells. Back when they voted not to endorse, they’d been sure I would garner no more than 20 percent of the vote and that one of the well-funded candidates would dwarf my efforts. But now, with the vote split among nine candidates, they feared a mere 20 percent could make me a winner.

Panic-driven, and only days away from the election, Establishment Republicans fashioned a last-minute back-room effort to coalesce behind anyone but me and force others out of the race, but the effort went nowhere.

Despite these maneuvers, and the $17 million spent attacking us, we defeated eight Republican opponents and won the primary election, with nearly half the vote (45 percent) and the closest Republican opponent trailing 22 points behind us. The voters had clearly issued a mandate and it was time for Republicans, at every level, to unite behind it, but that never happened.

Instead, what played out in the general election was a willful fulfillment of the prophecy sowed by Establishment Republicans who, at the end of the day, were more driven to prove they were right than they were to win the 2022 general elections. They threw the future of our commonwealth and our children to the wind to prove their point.

Meanwhile, Democrats held nothing back from Shapiro. He received a record $75 million, more than $10 million of which came from the Democrat establishment. The Democratic Governors Association gave Shapiro $7.2 million, and he even received $1.7 million from the national Democratic Senatorial Campaign Committee. Although Shapiro has a terrible record on crime and his contempt for the Catholic Church is legendary, this didn’t matter. For them, he was a Democrat, and winning mattered more than his shortcomings. For this alone, his party was loyal, generous, and unanimous in their support.

Meanwhile, my fellow Republicans routinely and publicly detailed my lack of perfection as the reason for withholding their support. Surely, they understood that their lack of support and constant disparagement would drag my campaign down, to the detriment of the entire Republican ticket. Yet, when all was said and done, in one final departure from reality and responsibility, they blamed my campaign for dragging down the ticket.

The most immediate and critically important shift we can make is to commit to sticking together, for no reason other than we are fellow Republicans and our causes matter more than our differences. It’s past time for us to wake up and absorb the reality that our top priority was never to achieve 100 percent agreement within our ranks, but to achieve victory in the name of our causes, for those who rely on us.

Ronald Reagan famously said, “Thou shalt not speak ill of any Republican.” The wisdom in these words is clearly not lost on Democrats, and it should never again be lost on Republicans. As Republican leaders, it’s our duty to give our party, its candidates, and its causes every opportunity to triumph. It’s our duty to recognize that “win at all costs” election tactics are misdirected at our own. These tactics sabotage our candidates, and they ensure Democrat victories. To our party, our families, and our nation, we owe it to put the ultimate interests of these causes above our own.

The second important change is to end the PA GOP pre-election endorsement process. It isn’t working, as evidenced by the abysmal 30 percent success rate. It breeds party bosses, creates warring factions within our party, and richly rewards a class of subpar consultants. There’s no way we can be at perpetual odds with each other and then defeat our real opponents. Change is difficult, but it’s inevitable, because leaving our children’s future in the hands of liberal Democrats is unforgivable. If we fail to do the right thing, history will tell our children the truth about us.

The third important and immediate change we must make is to adjust our attitude toward mail-in voting. If we plan on winning statewide offices, we have no choice but to embrace this method of voting. Our Nov. 8 win, among election day voters, was wiped away by the hundreds of thousands of mail–in votes Democrats secured before a single vote was cast on election day. If we take away anything of value from the pain of 2022, it should be that this is not a time for blame. Our causes demand more of us than that. It’s a time to let wide-eyed honesty move us to do what we must so that we can learn to fight together.

Finally, give directly to your favorite candidate, not to high-dollar PACs. I’m excluding smaller PACs from this discussion as most are accountable to their donors. As to the large PACs, it’s a mistake to empower organizations or individuals with your hard-earned money, assuming that they will do what they promised when coming to donors with hat in hand.

During a fierce naval battle in 1779, the British called on John Paul Jones to surrender. His answer was, “I have not yet begun to fight.” Republicans have not yet begun to fight either. It’s time for us to roll up our sleeves, get our heads right, put the causes in front of us, and really begin to fight for, not against, each other. We’re entrusted to fight for people and causes that matter and so we must never give up, never grow weary in doing good, and press forward until victory is at long last achieved.

Doug Mastriano
Douglas V. Mastriano is a Republican politician and retired military officer who has served in the Pennsylvania Senate since 2019, representing the 33rd district.