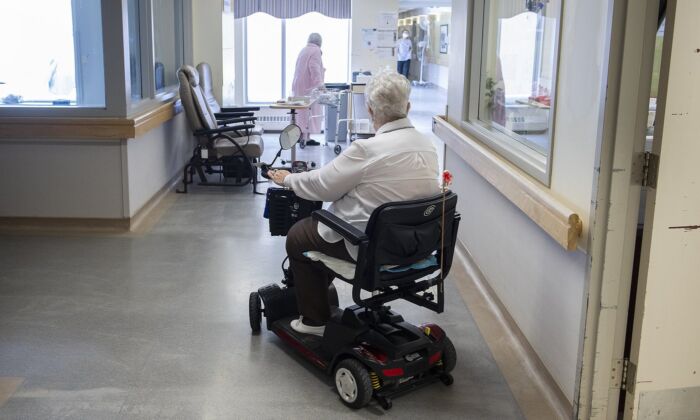 The latest census data from 2021 shows Canada’s seniors over the age of 85 are among the fastest growing age groups in the country, marking another milestone on the slow march to what experts warn will be a crisis in care for the country’s elders.

Between 2016 and 2021, the number of people aged 85 and older grew by 12 percent—more than twice as high as the overall growth of the Canadian population at 5.2 percent.

The number of people over 85 more than doubled since the 2001 census, and is expected to triple by 2046.

The pace of aging is expected to accelerate with every new candle added to the boomer generation’s birthday cake each year.

“They haven’t started hitting these critical ages that are usually associated with needing care and support,” MacDonald said. “But it’s really something that’s now very clearly on the horizon.”

By 2050, the 85-and-older population could reach more than 2.7 million people, the census shows, as the last cohort of baby boomers turns 85.

The question is: who will care for that generation, and where will they live?

“One of the big impacts of the aging population is on the health care system, and on the need for long-term care,” said Environics chief demographer Doug Norris.

More than one in four seniors in that age bracket currently live in a “collective dwelling” like a seniors residence, nursing home, long-term care residence or hospital, the census shows.

The proportion of elders living in those settings only increases with age, as more than half of centenarians receive care in one of those homes.

Wait-lists for long-term care beds can already stretch on for years, leaving people stuck in hospitals because there is nowhere else for them to go, or families struggling to care for their loved ones at home.

That’s especially true because Canada’s older adults have not had as many children as previous generations.

That means fewer caregivers to tend to the growing number of people who won’t have access to long-term care spaces.

“Baby boomers aren’t just the largest generation, they’re also the first generation to have relatively few children. So they’re not going to have the same family support that’s existed since basically the beginning of time,” MacDonald said.

Now, with one in five people in Canada aged 65 and older, the problem will be costly to avoid, she said.

It’s a problem the researcher has personally contended with. When her aunt, who has no children, stopped eating at her retirement home, MacDonald and her other family members needed to take turns dropping by to feed her.

People are also living longer, and while that’s great news, it also means health care is going to have to change to accommodate an older population.

“The health-care system in Canada was devised when the average age was like 28,” said Parminder Raina, scientific director of the McMaster Institute for Research on Aging.

“Acute care hospitals are not designed for an aging population.”

Many of the effects of Canada’s grey wave won’t be felt for about five to 10 years, when Canada can expect to see massive increases in the number of people over 85.

But the country has already missed the boat on large new investments, since the people who need the care won’t be paying income tax toward a solution.

That means Canada will need to get creative in caring for its elders over the next decades.

“We need to create not just better systems, but smarter systems,” MacDonald said.