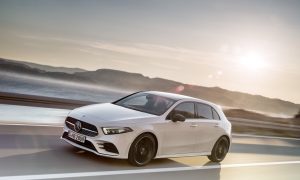 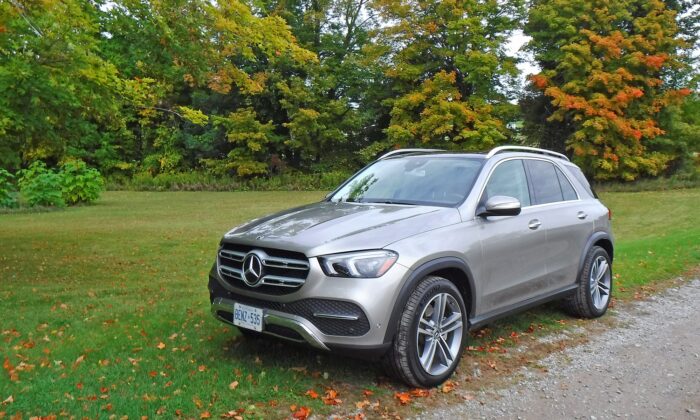 Helping pioneer the idea of a premium SUV over two decades with the launch of the M-Class, Mercedes-Benz is redefining the segment once again by introducing the 2020 GLE.

It’s been less than five years since the platform took on the modern name when the third generation model was released, and this latest version is all new from the ground up, as product manager Daniel Gaglia explains.

“It’s completely redesigned inside and out. For the first time, we’re offering a four-cylinder engine in the 350 making a great entry point into the lineup starting at $64,000, and the 450, which is the six-cylinder, starts at $72,000,” said Gaglia at a media drive of the vehicle south-eastern Ontario.

“The new GLE is bigger than the previous generation, too. The wheelbase grew 80 millimetres and actually 64 of those are behind the front seats, significantly increasing rear legroom. The extra length has made space for an optional third-row so now it can accommodate families that occasionally need additional seats, and it’ll fit somebody probably up to 5’8″ comfortably.”

The 2.0-litre four-banger puts out 255 horsepower and 273 lb.-ft. of torque, while the 3.0-litre inline six outputs 362 horses and 369 lb.-ft. of torque. Both trims utilize turbo-charging, a nine-speed automatic transmission, and standard 4MATIC all-wheel drive. However the AWD system on the 350 permanently distributes torque evenly at a 50:50 split, while that of the 450 is electronically controlled and variable between 1 to 100 per cent front to rear, depending on road conditions and vehicle settings.

Getting a chance to drive each variant, the 350 is disarmingly smooth and responsive without too much – but a little – noticeable lag at take-off. The 450 unsurprisingly gives more immediate oomph upon application of the throttle, thanks in part to mild hybrid tech.

Called EQ Boost, an onboard 48-volt Integrated Starter Generator (ISG) unit is capable of supplying a burst of enhanced performance, in the form of 21 horsepower and a whopping 184 lb-ft of torque, which helps bridging the acceleration gap as the turbocharger is spooling up. It also enables “gliding” under low load where the engine is actually automatically switched off and electric propulsion kicks in. Kinetic energy is recuperated and sent back to the battery during deceleration.

Yet another quirky feature of the ISG is to supply power to the optional AIRMATIC Air Suspension (+$2,450). The springs and dampeners can be individually adjusted at each wheel allowing for a handful of neat functions. For example when activated, CURVE leans the GLE into the direction of a turn to counteract body roll and minimize occupant discomfort. When off-roading, a rocking mode causes the entire mid-size crossover to bounce up and down to reduce the ground pressure of the tires and improve traction. Not only does this create the potential for escape from being stuck in sand, snow or dirt, but looks absolutely hilarious.

We haven’t yet touched on appearance, and I’m happy to report the vehicle is gorgeous. The aforementioned long wheelbase, short overhangs, large upright twin-louvered grille, and accoutrements like chunky wheel arches and roof rails combine to provide a luxurious yet outdoor-adventure-approved aesthetic. The interiors of our test pilots were all class, boasting plenty of leather, untreated wood and satin-finish aluminum. Dual 12.3-inch widescreen displays serve the role of visual centerpiece as well command centre for the instruments and the intelligent Mercedes-Benz User Experience infotainment system.

The 2020 Mercedes-Benz GLE 350 and 450 are in dealerships now. Interested in some more kick under the hood? An AMG-tuned GLE 53 4MATIC+ model is available, delivering 429 horsepower, unique styling and sportier AMG ACTIVE RIDE CONTROL suspension.