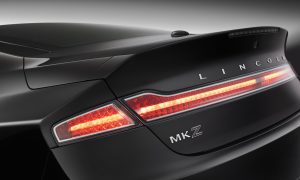 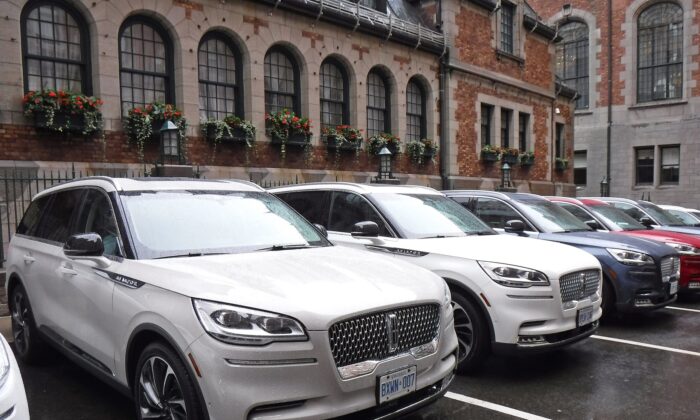 Although we haven’t seen the name in use for quite some time, the Lincoln Aviator soars high again. The mid-size luxury SUV doesn’t really have anything in common with its namesake from the early aughts, but rather is the replacement for the outgoing MKT – and there’s a whole lot more going on here besides a simple moniker swap. Read on.

“What’s so unique about Aviator is this is really Lincoln’s first crack at a revitalization or reinvention of the brand,” says product plans manager Jim Rideout at a media first drive event held in Quebec. “It’s based on four key tenets: warmth, human, personally crafted and sanctuary.”

Lining up the new vehicle next to the former version, reinvention is the perfect way to describe the changes. Gone is the former polarizing split-wing grille and blocky silhouette, replaced by the current signature repeating-star mesh grille and a smooth, wind-swept appearance.

Staying true to the aeronautical theme, the windshield seems to wrap around the sides meeting the front windows, and both the hood and roof sit high and feature a strong downward taper like an airplane wing. The large 20-inch (22-inch optional), curved spoke alloy wheels resemble spinning turbines even while at rest.

Looking large and in charge on the outside, the interior is equally as specious and can accommodate up to seven passengers. Echoing back to the earlier mention of sanctuary, sitting in the Aviator is a peaceful and comfortable experience beginning with the available Perfect Position front seats.

Not only are they 30-way adjustable, there are air bladders installed in different sections within the cushioning so a customizable massage function can work the thigh area, lower back, upper back or all three simultaneously. On longer trips, Perfect Position can make all the difference in keeping drivers alert and on the road longer than a conventional seat.

The SUV is sold in one of two all-wheel drive flavours. The first, which we drove in and around the beautiful Charlevoix region along the banks of the St. Lawrence River, is the 3.0L twin-turbo V6 pumping out a cool 400 horsepower and 415 lb.-ft. of torque. Mated to a 10-speed automatic transmission, power delivery is linear and predictable, and the big vehicle moves along just fine whether in a straight line or around bends.

Also in showrooms now is a hybrid model, adding in a 75-kilowatt electric motor and 13.6-kilowatt-hour battery bumping output significantly to 494 horsepower and 630 lb-ft of torque.

Everything rides on a special adaptive suspension system which constantly monitors surface conditions via 12 on-board sensors, to predict and react to potholes, bumps and other obstructions. For example, the shock absorber is capable of preemptively stiffening to mitigate the amount of wheel drop into a detected rut, in order to lessen the harsh sensation of the tire striking the ground. Travelling over rough roads does feel a lot less jarring than when in a conventional car.

Buyers may also choose to add Air Glide Suspension that utilizes air, rather than traditional coil springs. Doing so adds extra convenience functionalities, such as the entire SUV automatically squatting down upon approach of the occupants to ease ingress and the loading of cargo. Performance is improved as well, thanks to the lower ride height aiding aerodynamics at speeds above 110 km/h.