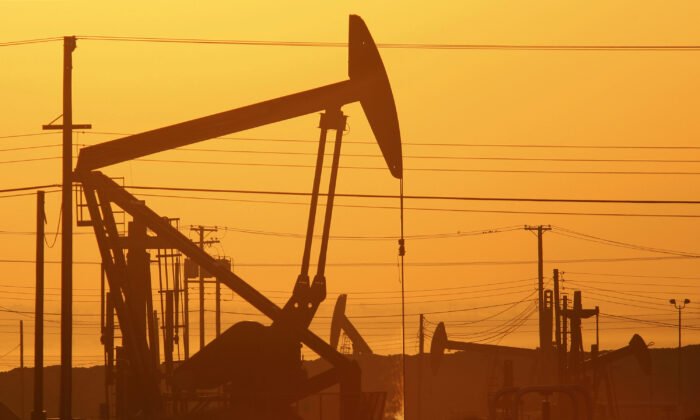 President Donald Trump has taken that to heart by taking on tough foreign policy challenges. The 2020 Democrats, however, are threatening to undo his greatest triumph by empowering Russia and Iran.

The Climate Change forum witnessed the 2020 Democrats discussing the dangers of plastic straws. That, while Iran seeks nuclear weapons, Russian tries to reassemble its empire, and China wants to dominate the world.

On the other hand, a realist knows that the modern, post-Cold War world abounds with foreign policy challenges. Trump has taken on an unusual number of those challenges. Although he has had significant successes, to no one’s surprise, he isn’t getting much credit for his efforts—including his peaceful triumph over a major adversary.

It wasn’t much over five years ago that the world was witness to beheadings perpetrated by the ISIS terror group on television. The scenes were beyond gruesome, and many of us wondered whether this was forever the world to be. By all accounts, ISIS was a pressing matter, even if not as dangerous geopolitically as some others.

There is no doubt that President Barack Obama’s tepid response was to blame, to a significant degree. So, after witnessing Obama’s failure to get ISIS under control, the Trump administration moved quickly to diminish it.  The recent bombings of an ISIS stronghold indicate that the Trump administration won’t let the group make a comeback on Trump’s watch.

The other major foreign policy concerns that have confronted Trump’s first two years so far include North Korea, Iran, China, and Russia. Obama told Trump that North Korea was the biggest threat, and while Trump certainly got off to an interesting, if not rocky, start in dealing with North Korea, that nation is fairly calm as a foreign concern these days.

Next up is China, which has made it clear it wants to dominate not only Asia but the world. The regime in Beijing is doing whatever it can, from making predatory loans to vulnerable countries, to ripping off technology, to trading on beneficial terms and more to build its economic power to further its worldwide ambitions.

Trump has taken on China, while past presidents didn’t. He’s decided that we shouldn’t fund China’s dangerous global ambitions with trade terms that are favorable to Beijing. Trump apparently has learned the lessons of one of our worst foreign policy mistakes.

From the 1970s until Trump, the United States limited its energy production, and as a result, we sent untold billions to the Middle East and Russia. Those petrodollars funded terror and beyond in many parts of the world, while costing us jobs at home and increasing our defense budgets to respond to their threats.

Enter Trump. He hasn’t bowed to the Democrats or environmentalists, who have helped to strangle U.S. energy production and thereby send that production overseas to countries that pollute more than the United States. They have also helped embolden our enemies’ bank accounts and ambitions. As with other issues, Trump reversed course and put America first.

And while Trump policies are creating U.S. energy jobs, there is something else that is also important, and isn’t getting sufficient coverage.

This recent headline captures Trump’s unnoticed victory: “U.S. to Help Poland, Ukraine Disconnect From Russian gas.” In other words, Trump’s “America First” energy policies are costing Russia oil customers; the same applies to Iran. Trump withdrew from a deal favorable to Iran that gave it access to petrodollars as well. Iran’s recent actions represent desperation in the face of that defunding.

As such, Trump is defunding Russia and Iran, while his policies allow for more U.S. jobs. So, with respect to the country the Democrats suddenly find so menacing after decades of “Blame America First” apologies for Russian actions, every petrodollar Russia doesn’t get increases peace and prosperity for others around the world.

That entirely peaceful progress, if not burgeoning victory, is the best of the Trump foreign policy. He may not get credit for it, but the truth remains: Trump is changing the world without firing a shot.

For their part, the 2020 Democrats and all of the adherents to the Green New Deal would undo that victory by ending U.S. fossil fuel dominance, and worse: America and Europe would become dependent again on Russia and Iran for oil.

In short, the proposed policies of the 2020 Democratic presidential aspirants would allow Russia and Iran to make a petrodollar comeback. In no small way, that is what the 2020 election is about—and, as JFK would say, if we get it wrong, it could kill people around the world.