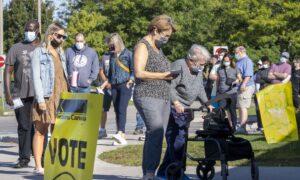 Whatever the Election Outcome, Be Grateful We Could Vote Freely
0
Share Now
TelegramFacebookTweetEmailTellMeWeReddit
Copy Link 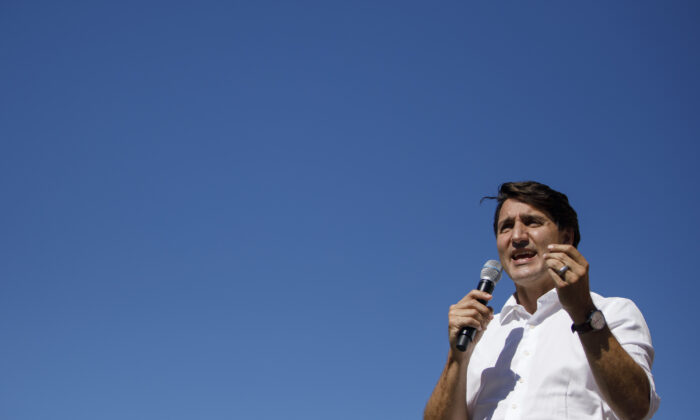 2019 vs 2021: Election Results So Similar, but Country So Different

The pandemic, policy choices, and deep division have left their mark on Canada, observers say
By Omid Ghoreishi

While the composition of Canada’s Parliament looks almost the same as it did after the 2019 election, the fallout from the 2021 election and how things have transpired in recent months can change the country’s future trajectory in fundamental ways, observers say.

“The country looks a whole lot more divided than ever at this point,” former Liberal MP Dan McTeague told The Epoch Times. “And the true reality of our economic situation is going to become apparent soon.”

David Leis, a vice president with the Frontier Centre for Public Policy, says it seems Canada is poised to maintain its current spending trend and regulatory regime, which will have generational implications.

“When we look at this election, many seem unaware of the major additional costs and taxation that will hit them and their families, and that will devastate the middle class, business investments, and future opportunities for our standard of living and quality of life,” Leis said in an interview.

Winning the Most Seats

Similar to the 2019 election, the Conservatives scored a higher proportion of the popular vote compared to the Liberals, yet because the Liberals won the most seats they are the party that will form government.

Gerald Butts, former principal secretary to Prime Minister Justin Trudeau, says this is a result of “smart” campaigning to optimize vote efficiency and secure the highest number of seats for the Liberals, as that’s what Canada’s electoral system is based on.

“What you see here is a long term optimization trend, or a response to political market forces,” Butts said on Twitter on Sept. 21, referring to a chart showing the declining national support for the Liberals over time since the beginning of the 20th century. “Incentives work. We count seats, not votes, so smart campaigns focus on delivering them.”

But what may be a win for a party wanting to form government and for certain segments of the population receiving incentives, may come at the expense of others in the country.

“What has emerged from the Liberals, in particular, is a whole new set of tactics, which isn’t really about policy,” Leis says. “We have a lot of major issues that face us in the form of developing high inflation, low growth, and high unemployment [that need attention].”

Nelson Wiseman, professor emeritus of political science at the University of Toronto, says that historically the Conservative Party has been preoccupied with ideologically driven factions vying to set policy direction for the party. But conversely, he says, the Liberal Party is chiefly preoccupied with being in power.

“The Liberal Party cares about one thing: staying in power, winning power, whereas there’s a more ideological drive in the Conservatives and in the NDP,” he said in an interview.

The internal struggle along ideological lines would explain, for example, why questions of leadership replacement typically emerge as soon as a Tory leader encounters a setback, but a Liberal leader can remain secure as long as the party is in power even if the leader doesn’t make expected breakthroughs, he says.

“Every party is a mix of people, but in the Conservative Party, it’s very intense,” Wiseman says.

Wiseman traces the roots of the Liberals’ focus on remaining in power rather than adhering to deep-rooted ideological lines to when the party decided to focus on winning the support of cities in the aftermath of its heavy loss in the 1958 election.

And as the major urban centres have undergone changes in culture and ideology, so has the Liberal Party, so that it can continue to enjoy their support.

“Urban centres are the most cosmopolitan. They tend to be the most progressive in every culture,” Wiseman says.

‘Fantasy Will Come to an End’

McTeague says the current Liberal tactic of what he terms “buying people’s votes” will have consequences.

“People may be comfortable if they receive a cheque in the mail, knowing that someone else would have to pay for it. But that fantasy will come to an end. We may see bond-rating agencies downgrade our credit rating, which will then set the stage for higher interest prices,” he says.

Joe Oliver, who was finance minister under Stephen Harper’s Conservative government, says if a future economic crisis looms as spending continues and economic growth doesn’t keep up, the government will have no choice but to balance the books, as “you can’t fool the rating agencies.”

He notes that that’s what the Liberal government of Jean Chrétien did in the 1990s—cut spending and raise taxes—and the population “went along with it.”

While Canada is currently nowhere near the conditions in play back then, he says, if a similar situation emerges, there may be greater resistance to having government programs taken away as the government’s role has expanded in recent years. There may also be backlash if people think it was the government’s doing that got them into the situation, he adds.

“There’s a limit to how much you can achieve if you’re not a competitive player,” Oliver told The Epoch Times.

In his victory speech after winning another minority government on Sept. 20, Trudeau denied that there is division among Canadians.

“I see Canadians standing together. Together in your determination to end this pandemic, together for real climate action, for $10-a-day child care, for homes that are … for middle class families, for our shared journey on the path of reconciliation.”

But some maintain Trudeau fanned the flames of division during the election for political gain.

“The issue of division was purposefully done as a tactic to distract Canadians from the substantive issues we face in our country,” Leis says.

“The prime minister has for the second time played into the deep divisions that exist on a number of fronts—regional, political, social. I think we walk away today with a nation that’s never been so Balkanized,” the former Liberal MP said.

While the primary division-related issue in the aftermath of the 2019 election appeared to be Western alienation and the federal government’s apparent posturing against the oil and gas industry that Western Canadians rely on, the issues causing divisiveness and antagonism increased in this election, such as COVID-19 restrictions and mandatory vaccination policies.

Among the deeply divisive issues the Liberals brought up as attack points against the Conservatives were abortion, gun control, and mandatory COVID-19 vaccinations.

“Over the last little while, you’ve probably seen the disturbing anger of anti-vaxxers and anti-maskers. You might have seen them marching downtown against local businesses that are following public health rules, or yelling at a grocery store clerk or a server at your local diner, or even threatening people at one of our rallies,” Trudeau said at an event in Toronto on Sept. 1.

“Let’s be clear: It’s your freedom I’m focused on, the freedom of the responsible majority of us who are fully vaccinated.”

COVID-19 vaccine choice and avoidance of lockdowns became primary issues for Maxime Bernier’s People’s Party, which saw its share of popular support grow from under 2 percent in the 2019 election to over 5 percent in the 2021 election.

“But it’s got to the point that the so-called progressive movement likes to use that word [progressive] but has in fact given in to suppression of ideas and diversity of opinion. …  We have a prime minister who believes that it’s OK to silence, and invoke cancel culture. The problem with cancelling is that if it becomes a habit, you will leave a lot of people out.”

Leis says it’s important for Canadians to work together to counter the challenges facing the country for the benefit of current and future generations.

“My hope is that as time goes on, people will wake up to that reality that the type of superficial discussion that happened during the election doesn’t really hold the answers,” he said.

“I’m hopeful that Canadians will become not only aware, but will realize that our issues demand a much higher, principled response. And sometimes it takes feedback to point that out and the reality of bad choices to enable us to think differently or to realize that we have to make better choices.”