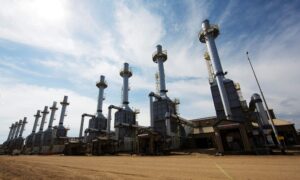 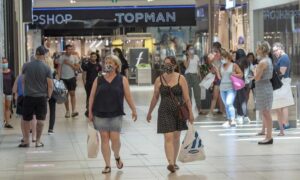 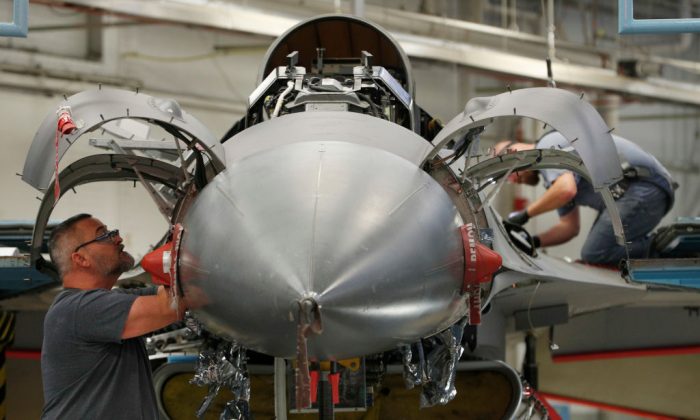 During the 2017 bull market, companies in the technology and semiconductor industries stole the show.

The defense industry, which as a whole had outperformed the broader S&P 500 index, has largely flown under the radar. But a favorable political climate, geopolitical uncertainties, and aging fleet of weapons across the globe suggest that the defense industry should enjoy positive growth for years to come.

The S&P Aerospace & Defense Select Industry Index, an equity benchmark that tracks stock performance of companies engaged in defense, weaponry, and aerospace industries had climbed 32 percent during 2017, comfortably outperforming the broader S&P 500 Index, which gained 19 percent during the year.

The National Defense Authorization Act (NDAA) for 2017 provided a base Department of Defense (DOD) budget of $543 billion. The expected baseline budget figure for 2018 NDAA could reach $631.5 billion, above President Donald Trump’s requested budget.

The Trump administration has prioritized defense spending and rebuilding the United States’ military by modernizing weapon systems, building infrastructure, and increasing readiness for warfare. This, coupled with a Republican majority in both chambers of Congress, provides strong positive momentum for companies in the defense industry going forward.

The defense industry, which as a whole had outperformed the broader S&P 500 Index, has largely flown under the radar.

“In our view, we are still in the early stages of a decade-long defense upcycle,” wrote Bank of America analysts in a Jan. 17 research note on the defense industry. “Congress is supportive of 3-5% CAGR [compounded annual growth rate] in the overall US DOD budget on top of inflation with growth greater than that in the investment accounts.”

ResearchAndMarkets.com estimates a 5.7 percent CAGR in annual growth in defense spending, eventually reaching around $798 billion by 2022.

This trend is especially positive since the United States is not actively engaged in large headline-grabbing conflicts at the moment. So any further geopolitical tensions or escalation into war should increase revenue expectations for the industry.

Unlike other sectors where investors tend to focus on a few specific names, defense contractors usually rise together. While government contracts tend to spread the wealth, there are a few companies that could stand to benefit more than others.

Orbital is a niche player but has grown rapidly due to its space capabilities. It makes rocket propulsion systems, satellites, and other systems and electronics involved in launching rockets. With Orbital in the fold, Northrop has a head start in the gradual weaponization of space.

Bank of America likes General Dynamics Corp., one of the biggest firms in the sector. The Falls Church, Virginia-based company focuses on naval equipment—it manufactures Virginia- and Columbia-class nuclear submarines and the Aegis destroyer—and generates around 60 percent of its topline revenues from the U.S. DOD and other government agencies.

General Dynamics diversifies its business by producing Gulfstream business jets, which has been a cash cow for the company in the civilian space.

“The US military focus has shifted to the Pacific, compared to the Middle East for the past decade, thus changing the US military requirements,” Bank of America wrote. That means more airplanes, ships, and submarines.

Trump has called on NATO countries to increase their defense budgets. While only a few countries are expected to comply, defense spending in South Korea and Japan is likely to increase due to higher threat levels from North Korea and to keep up with China and Russia.

Asian and European procurement could focus on missile-defense, which benefits firms such as Lockheed Martin and Raytheon, as well as BAE Systems, a leading defense contractor in Europe.

There is some uncertainty for the industry surrounding the U.S. midterm elections in 2018, which could derail the passage of a favorable budget. In addition, if midterm elections decrease or eliminate the majority of the Republican Party in the House or the Senate, the future growth of U.S. defense budget could be in doubt.