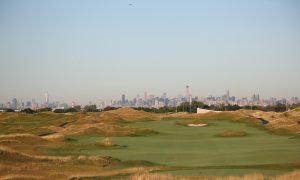 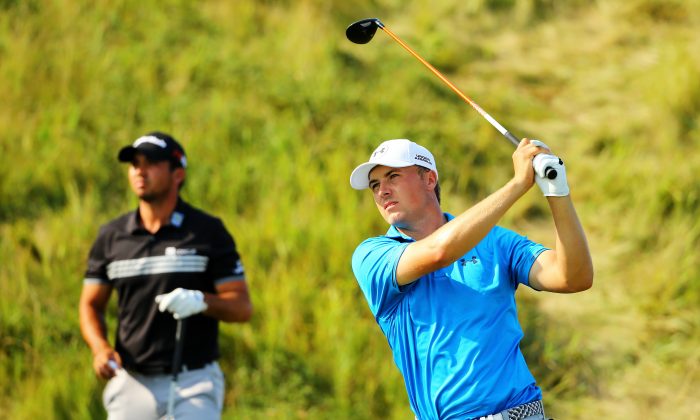 Jordan Spieth (R) and Jason Day were two of the hottest players of 2015, but will their success carry into 2016? (Richard Heathcote/Getty Images)
Golf

When people look back at 2015 they will likely see a definitive break from the past. New, younger, and stronger players emerged—the old guard clutching at memories and little else.

But now a new year is set to start. Plenty of interesting storylines from the preceding year will carry over but other elements bear close attention.

Does Golf’s New “Big Three” Continue or Get reshaped?

Going into the 2015 golf season it seemed then world-number-one-ranked Rory McIlroy would continue to separate himself from his competition after having won the final two majors of the ’14 golf season. Rory played well for a time but his day at that top was joined by the likes of American Jordan Spieth who claimed the first two majors in ’15 and came as close as anyone has to winning the modern Grand Slam.

The two were joined by the rise of Aussie Jason Day who closed out the season in a flurry—winning the PGA Championship for his first major and for a time holding the top spot in the world rankings. The bigger issue is do these three golfers continue where they left off? Or, do other emerging talents—such as Brooks Koepka and Justin Thomas, to name just two—enter the fray in a big time way.

Can super-talented Dustin Johnson finally win a major? Can Bubba Watson demonstrate a consistency to his game and be more than a periodic force and a puzzling head case? Will other players emerge?

In recent years the major championships have been hosted by new venues—Chambers Bay hosted last year’s U.S. Open. On the PGA side there have been inclusions with newer layouts such as Whistling Straits and from a few yeas before with the likes of The Ocean Course at Kiawah. The year 2016 marks a return to the old time classics.

The Masters is always played at Augusta National and its start marks the official beginning of the golf calendar. This year’s U.S. Open returns for the ninth time to Oakmont Country Club—just outside of Pittsburgh. The famed layout has been the site for plenty of golf history (who can ever forget Johnny Miller’s epic final round 63 in 1973 when winning?) and this year’s championship will once again reassert the magical elements that this lion of a layout has always provided.

The Open Championship returns for to Royal Troon on Scotland’s west coast for the ninth time. The course is home to one of golf’s most famed holes—the short par-3 8th known affectionately as “The Postage Stamp.” In 1973 the legendary Gene Sarazen at the young age of 71 and competing in the 50th anniversary of his first time in playing the event, aced the hole in the first round—the oldest player ever to do in a major event—and proceeded to birdie the hole on the second day.

The PGA Championship returns for the second time to Baltusrol Golf Club in northern NJ just 30 minutes from Manhattan. The Garden State club has hosted various national championships over the years including seven U.S. Men’s Opens with Jack Nicklaus winning twice on the Lower Course which will once again serve as the site in determining which golfer will hoist the famed Wannamaker Trophy emblematic of victory.

Can Golf Hit the Brakes From the Tumbling Participation and Venue Closings?

Since The Great Recession ended in ’09 golf, as a game, has been tumbling—downwards. The total number of players is down anywhere in the range of 20-25 percent in terms of active total players. That translates out to roughly 24 million.

Golf course closures are still happening—roughly a 14–1 ratio compared to openings because fewer players are opting to play and when they do they are playing less rounds. For a period of 15 years—between 1991 and 2006—4,500 courses opened. Then the bottle fell out starting in ’07 with real estate plummeting and so much of the golf portfolio tied to it.

Golf may slowly be fading and can just as easily return to a time when only the deepest pocket elites continue with the sport as their main frame leisure game. Attacking the issue will be a tough cure with equipment prices high, available time limited, and pace of play generally slow along with frustration in playing the game since teaching has failed to lower handicaps by more than 1-2 strokes even with the vast strides made in club and ball technology.

Golf Returns to the Summer Olympics

With the Summer Games set for Rio de Janeiro in July, golf will return to the Olympics for the first time sine 1904. The inclusion of golf has been sought by key golf administrators for quite some time but the broader, deeper question is do the key players in the game really care about participating?

The format will be a limited one with just a max of four players per country. For golf rich countries, such as the USA, UK, South Korea and Ireland, among others, that will mean plenty of world class golfers sitting on the sidelines. The format is also questionable—a basic 72-hole tournament. Given the Games will occur during the height of the traditional golf season it will be interesting see how much effort and time the leading players devote to it since other key events—such as the traditional major championships, along with the staging of The Ryder Cup Matches in late September—are also taking place.

Every two years the Ryder Cup Matches return to the scene and this year’s renewal takes places at Hazeltine National GC in Chaska, MN—just outside of Minneapolis. The USA squad has been battered winning only one time since 1999. The desire to turn things around meant the PGA of America creating a task force to make recommendations. Interestingly, Davis Love III, the man who captained the losing American side at Medinah will return to lead the squad again.

The American squad may have some interesting aspects with long time participants Tiger Woods and Phil Mickelson likely to be on the sidelines—for the first time since 1993. Will the younger and less shell-shocked younger players for Team USA finally turn the tide and return the Cup to American soil? The bi-annual get together will certainly be of major interest.

A few years back the Ladies Professional Golfer’s Association (LPGA) was struggling. There were less events, a decrease in tournament purses, and a needed change at the top of its administration to stop the bleeding.

All of the aforementioned have happened and even with a banner year in ’15, the real question remains—does anyone really care about women’s golf? Hats off to young Lydia Ko of New Zealand. The 18-year-old captured the Player-of-the-Year award and has won 10 times on the LPGA circuit, which includes her first major when firing a final round 63—the lowest final round ever shot by a woman in a major event—winning The Evian Championship.

Even with a slew of top talents—with players such as Inbee Park, and Americans Stacy Lewis, Lexi Thompson—the women’s professional game languishes because of lack of overall interest and media exposure. There are more events and increased purses. This year could very well set in motion a possible increased awareness, but can women’s golf really move the viewership meter? Thus far, it has not.

The former world-number-one had another back surgery at the end of ’15 and in a press briefing during his Hero World Challenge event in the Bahamas he gave no indication about a return to professional golf and even wistfully suggested for the first time publicly that should he stop, his total record is still significant.

Woods has not won on the PGA Tour since August 2013 and his last major seems like eons ago when he claimed his third U.S. Open in ’08 in dramatic fashion at Torrey Pines. Woods did indicate a desire to serve as an Assistant Captain for the forthcoming Ryder Cup Matches in Minnesota this year but some have questioned whether Woods is merely attempting to keep his name in the mix as a future Captain.

Tiger has made it a point to attempt to rehabilitate his public image—witness the Christmas photo posted prominently featuring his two kids on social media. The real question for Tiger is does he have the passion to really make one final push in playing at the highest of levels. Right now, that answer is anything but yes.

The landscape for ’16 will be a good bit different. ESPN bailed out of covering The Open Championship and only has the first two rounds of The Masters. That could prove a heavy anchor for golf since ESPN has such a global reach.

NBC smartly captured The Open and will begin telecasting with this year’s event at Royal Troon. That will also mean the unique pairing of both Johnny Miller and David Feherty—it’ll be most interesting to see who has the microphone the most.

Feherty left CBS and his impact may not be noticed as much since Dottie Pepper opted to return to network television. There’s an old adage the best man for the job is a woman. Pepper clearly reinforces that statement. And, it will be most fascinating to watch how Fox handles its second U.S. Open—this one at the more traditional and revered Oakmont Country Club just outside of Pittsburgh.

FOX fumbled badly with its maiden venture at Chambers Bay. Joe Buck and Greg Norman were ill-prepared for what was needed. Fortunately, for FOX the drama of last year’s championship kept the primary focus on the actual play. The bar will be high in ’16 for Fox to show it’s ready to match what any other network can do when covering the game’s biggest events.