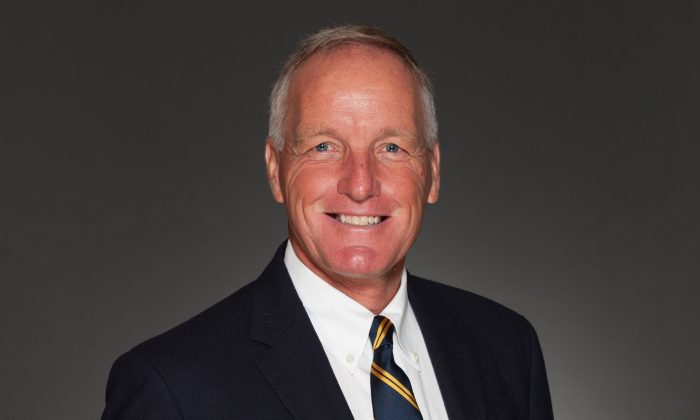 Born in Doncaster, England, Haigh graduated from the University of Leeds. From 1981–84, Haigh worked for The Professional Golfers’ Association in Great Britain, and was later named an LPGA Tour Tournament Official in 1984. Four years later, Haigh was hired by Kemper Sports as Tournament Director for the 1989 PGA Championship, held at Kemper Lakes near Chicago.

From there, Haigh was charged with overseeing the PGA’s Championship Department. He was promoted to Managing Director in 2004, and to Chief Championships Officer in 2013. Haigh is one of the foremost experts on the Rules of Golf. Married to former LPGA player, Denise Strebig, and has two daughters, Judy and Maggi. The couple live in Jupiter, Fla.

WARD: Describe your role in regards to the forthcoming Ryder Cup Matches?

HAIGH: To oversee and manage the entire operations, administration and golf course competition.

WARD: What makes a Ryder Cup Match different from what you do in setting up a PGA Championship?

HAIGH: Unlike the PGA Championship, the home captain has the opportunity to direct how he would like the golf course to be set up which includes, height of the rough, greens and step cut of rough, width of fairways etc.

WARD: Why the decision to flip the nines at Hazeltine?

HAIGH: Three main reasons: First, the last five holes, on what is now the back nine, are all two sided holes for spectator viewing which will allow for more spectators to be able to see and witness the finish and climax of the matches. Second, What is now holes 15, 16 and 17 are extremely exciting holes that offer some wonderful risk reward opportunities for the contestants which will likely provide more excitement to the finish of the matches Finally, for the safety of spectators, holes 15,16 and 17 in the Ryder Cup hole order are in close proximity to the main spectator exits and with the matches possibly being played almost until darkness, for safety reasons we think it is prudent to allow spectators to safely leave the property in daylight, and this hole order allows for us to do this.

WARD: Was that done to provide frontage for corporate tents and the like?

HAIGH: As stated — more holes are two sided for walking spectators, Although hole 16 and 17 do have corporate hospitality chalets adjacent to them, this was not the primary reason for the change but it certainly does not hurt their viewing experience.

WARD: In all the years you’ve served in preparing courses for the PGA of America what aspect gives you the most concern?

HAIGH: The overall conditioning of the golf course and the issues that are associated with bad weather always provide the most concern.

WARD: If you could have a mulligan in all your past actions — which one would you like to have a second opportunity?

HAIGH: Wish we never had bad weather so that the players and spectators, media, volunteers and television viewers would never have to wait out rain delays.

WARD: Best advice you ever received — what was it and who from?

HAIGH: Try to get as much information as you can obtain on any issue and then make your best decision based on all the information that you have been able to gather. Always try to stay one step ahead of the next situation, question or challenge.