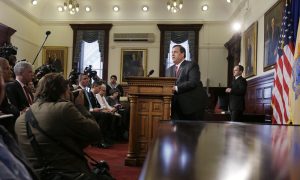 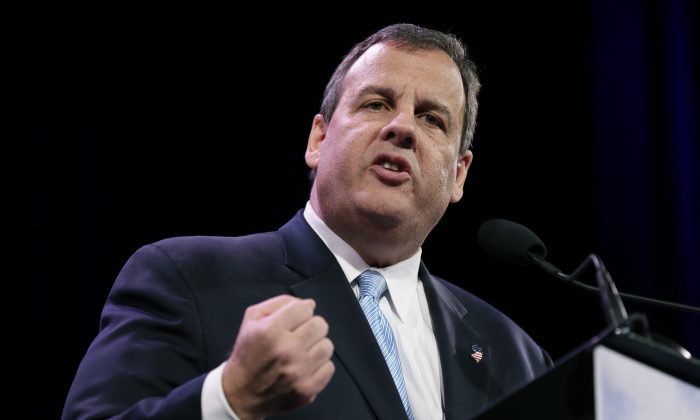 Potential 2016 conservative presidential candidates spoke this weekend in Iowa about how to support working people and middle class Americans, a change of tone and substance from the 2012 campaign.

In 2012, Republican candidate Mitt Romney spoke of supporting what he called job creators, people who own businesses that provide jobs. Romney did not visit the Iowa Freedom Forum this weekend. The other putative front runner, former Florida Gov. Jeb Bush, also did not attend.

Govs. Chris Christie of New Jersey and Scott Walker of Wisconsin, former Govs. Rick Perry of Texas and Mike Huckabee of Arkansas, Sen. Ted Cruz of Texas and many others turned the Iowa Freedom Forum into the unofficial launch of the next campaign for the Iowa caucuses.

A surreptitious video taken by a server at a private event during his former campaign showed Romney speaking of the 47 percent of Americans who he called “takers,” relying on government help. His opponents hammered at the statement, accusing him and Republicans in general of not understanding or caring about poor or middle class people.

The speakers this weekend seemed to be trying to refute that accusation.

Rick Santorum, the former senator from Pennsylvania who won the 2012 Iowa caucuses, said the GOP needs to do a better job convincing working Americans that Republicans are on their side.

“We don’t win because too many people don’t think we care about them. We have to show them not just by saying we do, but by having policies and a message where they can see it and feel it in us,” Santorum said as he called for lower taxes, less regulation, and stronger family values.

We don’t win because too many people don’t think we care about them.
— Rick Santorum

Few political observers would predict Christie, better known nationally for his union and budget battles, to emerge as the favorite among Iowa’s evangelical voters. Yet his appearance Saturday could allow him to make inroads with a group focused as much on ideological purity as defeating the Democrat nominated to follow Obama.

Christie reached beyond many of the others who served up only popular partisan lines Saturday. He called for a second American century, where conservative economic principles and compassion meet.

As an example, Christie said supporting life, the term conservatives use for opposing abortion, means caring for people who become drug-addicted or convicted of crimes.

“Those lives have value, too,” he said, prompting a ripple of applause.