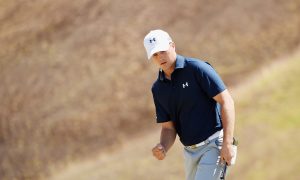 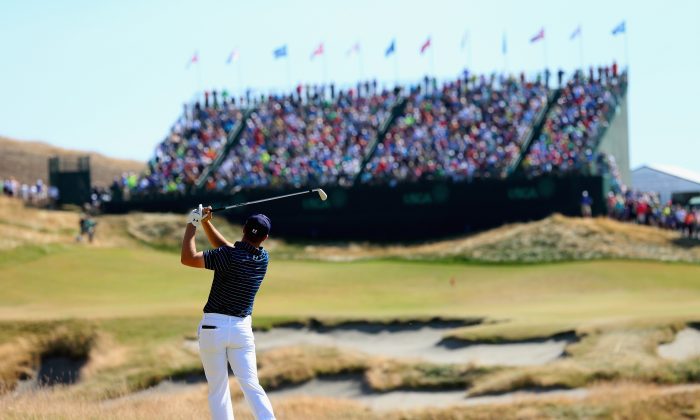 University Place, WA—Despite all the negative comments from various players in this year’s U.S. Open at Chambers Bay concerning the lack of consistency of a number of the putting surfaces, the reality is that the United States Golf Association (USGA), the event’s organizer, will return in the near future for a return engagement.

Why? The reasons are quite straightforward. The Pacific Northwest is fertile ground that the USGA has been cultivating for a number of years. Various other national championships have been held in the broader region over the years—the Men’s Open was the last big domino to fall.

Besides the event selling out, the USGA signed up more than 4,500 volunteers in 36 hours for the event—no past event can match that enthusiasm. Since this was the first time the Men’s Open has been in the Pacific Northwest the USGA will certainly not abandon the region and allow the PGA of America or PGA Tour to poach Chambers Bay with a future PGA Championship or other high profile event. Too much time, energy and money were spent. Getting a return visit was always in the cards—unless a complete breakdown happened.

From the time the discussions heated up in having a Men’s Open held in the area, the USGA shepherded every move to ensure the end result would fit quite nicely into it’s concepts of what is needed for America’s National Championship. So what are the driving ingredients for an encore in roughly 10-15 years?

The greater Seattle area is in the western time zone and the USGA is enthralled in having weekend rounds staged during prime time hours in the East. The later tee times allows the event to be seen by more people (ratings for this year’s championship were up from the ’14 event) and the USGA can capitalize on the revenue ante it receives from advertisers because of the increased eyeballs watching.

The putting greens need to be thoroughly examined and a final determination made in whether fescue, as a surface, can and should be retained. The invasion of poa annua grass caused major issues with this year’s events and nothing showed that more than in the final round when Brandt Snedeker’s putt on the 14th hole hopped into the air doing a golf interpretation of Michael Jordan leaping towards the basket. One of the related issues was the amount of slopes and mounding found on many of the greens. The effective area where a flagstick can be placed provides a smaller number of choices that can provide sufficient challenge without overwhelming the surfaces.

The course will need to be modified so that needed vantage points can be provided for galleries. Chambers Bay was the worst Open site in providing close-up opportunities for fans attending to see the talents of the world’s greatest players up close. The mounding that encapsulates many of the holes served as an effective block for those wishing to watch. Chambers is also impacted by 300 feet of elevation change and the physicality needed to deal with that issue may prompt more grandstands being created and more alleyways for gallery to move more freely and quickly to different holes.

One of the real advantages with Chambers Bay is its overall elasticity. Through the varying placement of tees and pin placements the USGA—under the leadership of Executive Director Mike Davis—during the final round, reached a crescendo as the leading players battled for supremacy. Chambers Bay can present an array of issues for player to overcome—primarily by getting zoned in on the different ways any hole or shot can be played when certain tees and pin locations are utilized.

At this moment the Men’s Open is booked at various locations through 2021 when it will be played at Torrey Pines in San Diego, CA. As a practical matter the USGA doesn’t stage back-to-back Opens in the western time zone. Word on the street is that The Country Club in Brookline, MA will stage the event in 2022—34 years after it last hosted in 1988. The 2023 event is being considered for Los Angeles Country Club, located right off Wilshire Blvd. The course has been restored/upgraded and with a new younger membership, the desire to land the national championship is clearly high on the agenda. The 2025 event would likely be back in the Northeast or Midwest area or even Pinehurst #2 again. That means the first possible opening would be 2026—just 11 years removed from the first event. It’s expected that before ’15 ends the USGA will announce a few of the future sites.

Having a publicly-owned rotation of key courses is something the USGA values since most of its members clubs and affiliated players using its handicap system are public course players. Before 2002 when Bethpage Black hosted the event, the Men’s Open was the exclusive domain for private clubs along with select high profile resorts such as Pebble Beach. That is no longer the case. The USGA sees a mixture of different clubs as a high positive value. Chambers Bay fits the program nicely.

No question, a number of key hurdles must be handled and fixed. Chambers Bay provides a glorious setting, and the love of golf by those living in the immediate region is no less than any other area of the country. Nothing is set in concrete. The lessons learned from this year’s event have not been analyzed given the close proximity to the championship. But make no mistake the Pacific Northwest will not be waiting another 115 years as it did for its debut and Chambers Bay will be in the driver’s seat.