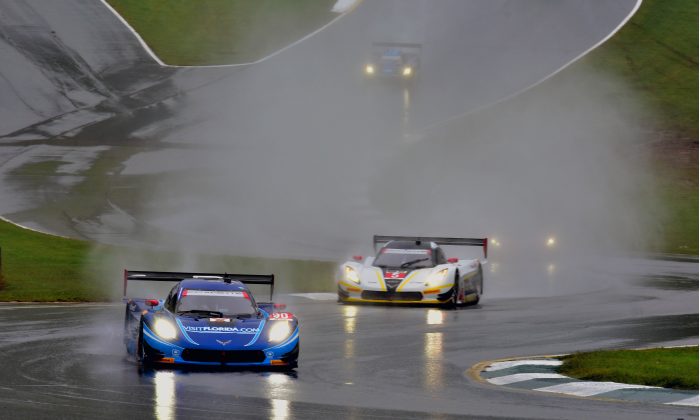 The race was shortened by yellow and red flags and eventually stopped an hour ahead of schedule as days of constant rain  left rivers flowing across the track. (See this short description of the race.) While the track was hot, there was plenty of racing action in all four classes.

The GTLM-class #911 Porsche North America 911 RSR won overall; with its engine over the rear wheels the Porsches could put the power down better than any of the other cars, and without the aerodynamic downforce generated by higher speeds the prototypes’ Continental tires couldn’t grip in the rain as well as the Michelins (and Falkens) of the GTs. (Bill Kent/Epoch Times)