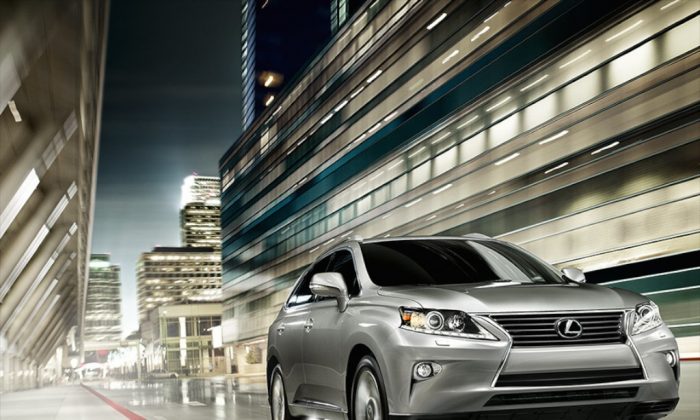 Not necessarily cheap, but reliable and refined the new luxury SUV Lexus RX350 is set to continue the success-story of his predecessors. (Lexus)
Autos

Buyers of luxury sport utility vehicles keep choosing one SUV — the Lexus RX — in greater numbers than any other.

It’s easy to see why.

The RX is a smartly sized and quiet, refined family vehicle with luxury appointments, good fuel economy and flexible seating and cargo space.

It has upscale looks, and fit and finish can be top notch.

Now into its 16th year, the RX also has a reputation for reliability. Consumer Reports said it expects much better than average reliability for the current RX and lists the RX as a recommended buy.

More than 100,000 cars sold every year despite above-average price

Even price increases and the lack of a third row of seats haven’t stopped the RX from leading others in the luxury SUV segment. Last calendar year, for example, RX sales in the United States topped 100,000, which has been a regular occurrence for this SUV since its 1998 introduction.

The second best-selling premium- or luxury-branded SUV last year was the Buick Enclave, whose sales tallied just over 60,000.

The RX comes in higher-priced models, too, such as the gasoline-electric hybrid RX 450h. This fuel-thrifty version starts at $48,355 and has a government fuel economy rating of 32 miles per gallon in city driving and 28 mpg on the highway.

Lexus, which is Toyota’s luxury brand, hasn’t strayed far from the successful formula it initiated with the very first RX.

Styling inside and out is not garish or showy, but the leather is soft enough to impress and shiny wood trim looks real.

Power from the current 3.5-liter, four cam V-6 comes on smoothly and steadily. In all but the most aggressive driving, shifts from the automatic transmission are not noticeable. There’s decent low-end “oomph” when starting up from a stop.

The test 2015 RX 350 was driven with some spirited accelerations and more leisurely, fuel-conserving segments. On average, the vehicle averaged 20.6 mpg, which is nearly equal to the government’s 21-mpg fuel economy rating. The RX 350 needs only regular gasoline, so filling the 19.2-gallon tank cost $70 at today’s prices.

The suspension muted many road bumps, but the ride was not overly compliant. The interior was quiet for easy conversing.

Most controls are easy to find and easy to operate. The test 2015 RX 350 was one of the easiest to connect to an Android cell phone, and it didn’t take a lot of looking through menus on a display screen to accomplish the linkup.

But the position of the gated gear shift lever — angled out from the bottom middle of the dashboard — took some practice to get into “Drive.” Plus, the center console sits up a good bit between the front seats and can impinge on knee room.

Other controls, such as for mirrors and windows, and the audio and ventilation controls are in familiar locations and have good-sized buttons. So, it does not take a lot of time to get inside the RX 350, get situated and then drive away.

The RX 350 test SUV included a rectangular “mouse” that was fixed to part of the center console. A resting place for a person’s hand was just behind it to provide some bracing when the mouse control is moved. But the space devoted to the mouse and the hand resting spot meant only two cupholders were available for open, visible storage.

Everything else had to go in the covered center console or glovebox, and when the cupholders were filled, the driver lacked for a easy-to-reach spot for cell phone, keys or key fob.

A protruding brow above the Rx 350 display screen nicely kept sunlight from washing it out.

For 2015, all RX models come with standard 7-inch display screen and backup monitor.

The RX 350 has 40 cubic feet of flat cargo space behind the rear seats. Because the cargo floor is up near knee level on most people, and there’s not a large protruding back bumper, even a short stature driver can get items inside and still be able to reach them later.

In fact, the test RX 350 accommodated two stuffed computer bags, plus two roll-aboard pieces of luggage and several shopping bags behind the seats without a problem.

One lever at the side of the second-row seats moves the seatbacks down, expanding cargo room to 80.3 cubic feet, which is more than what’s in the MKX and RDX.

“The 2014 Lexus RX 350 is an appealing choice for a luxury crossover SUV, particularly if a smooth ride and luxurious interior are priorities.” — Edmunds

“… the RX for 2014 continues to impress with its comfortable ride and finely crafted cabin filled with numerous luxury amenities.” — Kelley Blue Book

The Porsche Cayenne impresses reviewers with its sporty handling and responsive steering. The Cayenne also comes standard with all-wheel drive, and earns praise for its smooth automatic transmission and powerful engine options.

The Infiniti QX60 can seat up to seven, and it comes with more standard features than the RX 350, including leather upholstery and heated front seats. Reviewers say all three rows offer ample room for adults, and that the third row is easy to access