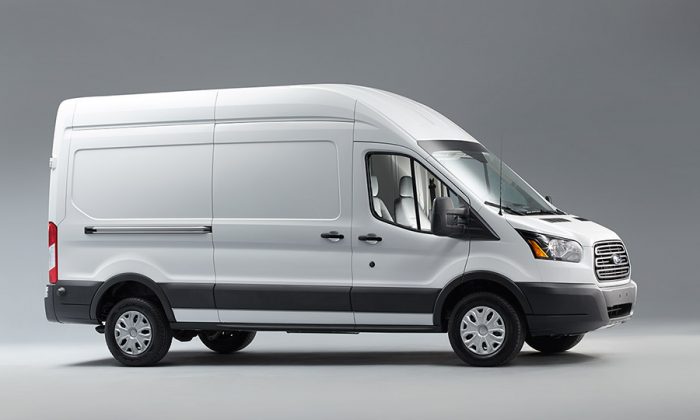 These are the best of times for businesses that need reliable, efficient, cargo hauling capabilities. The automotive landscape is awash in new commercial vans that promise a myriad of cargo-carrying capabilities, limitless configurable interiors, vastly improved driving dynamics, markedly better performance, and enhanced gas mileage. You might say we are entering the golden age of big vans.

A prime example is the all-new-for-North-America 2015 Ford Transit that is offered in two wheelbases, three roof heights, and three different body lengths, and with three engine choices, all of which improve fuel efficiency over the outgoing Ford commercial vans. Ford sells versions of the Transit in nearly 100 countries around the world.

We piloted a cavernous low-roof Ford Transit Wagon powered by a lusty turbocharged 3.5-liter EcoBoost V6 that generates 310 horsepower and 400 pound-feet of torque. Our test vehicle displayed outstanding highway performance—although we hadn’t carried a big load—while rewarding us with an airy, open, cockpit with good seats, intuitive gauges and controls, and great sightlines. To say we enjoyed the drive more than the GMC Yukon Denali the week before would be stretching the truth. But the initial letdown in knowing we were going from big SUV luxury to a giant cargo hauler was mitigated once inside the Transit and on the road.

Unlike the long-running Ford E-series vans that have been the bread and butter of the industry, a steep climb is not required to gain entrance into the cabin. There’s still a step up, but it is a relative easy climb. Once inside, the seating position is first class and the seats, which can actually be ordered with real leather, proved comfortable for both long and short jaunts.

The dashboard carries the same design theme found in other Ford products including the Fiesta and Focus, attractive and driver friendly, with an easy-reach gear selector, and intuitive climate and radio controls using the MyFord Touch infotainment system. Our test van also included a rearview camera, which seems a necessity in a vehicle this large.

We were pleased at how quiet the cabin was at highway speeds despite the large empty area behind us, and how responsive the steering was with good on-center feel. The old big E-van steering vagueness has been dialed out of the Transit. And even nearly empty, the van’s suspension soaked up road imperfections in commendable fashion.

Of all the good things the Transit brought to our driving experience, the EcoBoost V6 engine was the highlight. It’s perfect. For comparison purposes, the regular-wheelbase low-roof Transit turbo V6 has been measured from 0-to-60 in around 8 seconds. Note to the driver in a real hurry: top speed is chip-limited to 93 mph.

With great sightlines it doesn’t take any special truck-driving skills to maneuver around town. It’s easy to keep the truck within the proper lane and to negotiate tight spots. The driver has to stay mindful, however, especially when turning tight corners, that there is a lot of vehicle behind him. Wheelbases range from 129.9 inches to 147.6 inches and lengths from 219.9 inches to 266.1 inches. And one other thing, gas mileage with the EcoBoost is a decent 14 city and 19-mpg highway.

Two other engines are offered for the North American market: the base 3.7-liter V6 making 275 horsepower and 260 pound-feet of torque, and a turbocharged 3.2-liter inline five-cylinder diesel rated at 185 horsepower and 350 pound-feet of torque. The standard V6 carries the same gas mileage as the EcoBoost, but with less pulling and hauling capability. Mileage figures for the diesel were not available. All engines are mated to a six-speed automatic with rocker-switch manual shift control.

Our test van was designed for passengers with seating for eight in three rows, and enough room for hauling vast amounts of luggage and cargo behind the passengers. The Transit can also be configured for 10, 12, or 15 passengers. Ford says it expects to sell nearly a quarter of the vans in passenger configurations.

For cargo and towing duties the Transit can pull as much as 7,500 pounds and carry a payload of up to 4,650 pounds. The largest van in high roof configuration can swallow up 487 cubic feet of cargo.

Base prices range from $33,095 to $44,710 depending on size and engine choice. It’s possible to build a Transit well into 50 grand territory with options including the diesel engine, which runs $4,130. Our regular-wheelbase low-roof passenger XLT trim level van with the EcoBoost engine carried a bottom line of $37,680.