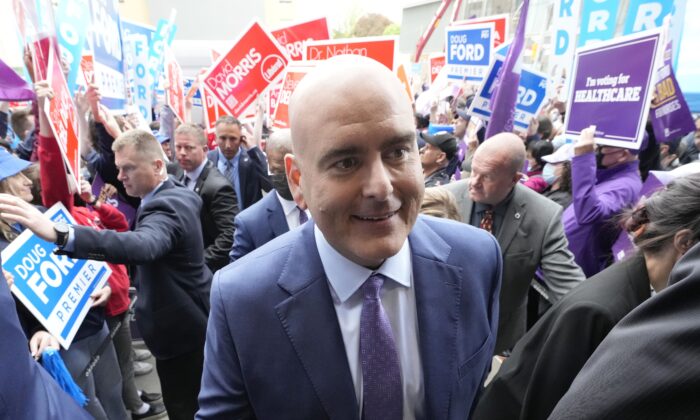 Provincial Liberals have drifted to irrelevance in some provinces, such as Alberta and Saskatchewan, and in Manitoba they hold just three seats. But in Ontario, despite falling from the party forming government to third place in 2018, some observers say it’s a different story.

“The Liberal brand is very strong in Ontario. After all, they’re the dominant party federally. They certainly aren’t in Alberta,” Nelson Wiseman, emeritus professor of political science at the University of Toronto, said in an interview.

Wiseman said the Alberta provincial Liberals fell away as an alternative to the Progressive Conservatives due to the ascendency of NDP leader Rachel Notley to premier in 2015. He credits part of her success to the name recognition carried by her father, the late Grant Notley, who served as MLA and led the party from 1968 to 1984.

This period matches the reign of Pierre Trudeau as federal Liberal leader. Name recognition and charisma helped his son Justin Trudeau take the party from a third-place finish in 2011 back to a majority government in 2015.

Stephen Del Duca, who now leads the Ontario Liberals, doesn’t have the star status of Trudeau in 2015. The long-time Liberal insider was elected as MPP in 2012 and later served as minister of transportation and minister of economic development and growth. In 2018, he lost his seat in Vaughan to PC candidate Michael Tibollo.

Wiseman, who says the Greater Toronto Area will be the battleground of the election, believes the Liberals will make gains as the NDP loses ground to them and perhaps also to the PCs.

“The NDP’s chance to win an election was last time. They didn’t. Now [Andrea] Horwath has been the leader the most time, and I think the public’s image of her is more formed—and on the whole more positive because people don’t know Del Duca—but the NDP brand is simply not as strong in Ontario as the Liberal brand is,” he said.

“Some of the union movement has recently warmed up to the Conservatives, but certainly not the public sector unions. But if you look at the auto workers, they’re very happy that the Ontario government and the feds are pouring money into subsidizing the automakers. Steelworkers, I think, aren’t that unhappy because we’ve had a construction boom.”

Scott Bennett, political science professor at Carleton University, says Horwath’s novelty has worn off. He says Del Duca has been a “pretty good campaigner” and the party has shown savvy with its pitches on more public transit and increased benefits for seniors.

“While it is true that the Liberals and NDP compete for some of the same voters, the Liberal campaign has done a fairly astute job of packaging some of its campaign proposals. They are being communicated in a fairly punchy, catchy fashion [and] are clever in a tactical sense,” Bennett said.

“The NDP may still be able to get more support from certain types of union-related organizations. However, the regulation of election advertising has changed so that it is more difficult for third parties to support political parties through advertising expenditures.”

Bennett believes the Liberals will increase their share of the popular vote and total seats, but might not catch the NDP.

“They will get a great deal of support in highly urbanized areas such as inner Toronto and some parts of Eastern Ontario, but it would be better for them if that support were distributed a bit more into some other areas of the province,” he said.

Bennett didn’t see a knockout punch during the leaders’ debate on May 16.

“I felt that Del Duca was quite effective in the opening and the first part of the debate. He was a little less so later when people attacked the Liberal record and did not focus entirely on Ford. … Horwath was fairly even-handed in attacking both Ford and the Liberals,” he said.

“The NDP and Liberals were selling an old laundry list of solving things through regulation, bureaucracy, and taxes. When they said ‘concrete action’ they meant setting up or expanding the bureaucracy and protecting public sector or near public sector jobs. Ford actually seemed to understand that and did a good job of using it.”

“People often think Ford is not very sophisticated,” he added. “He probably actually is quite sophisticated in his own way.”