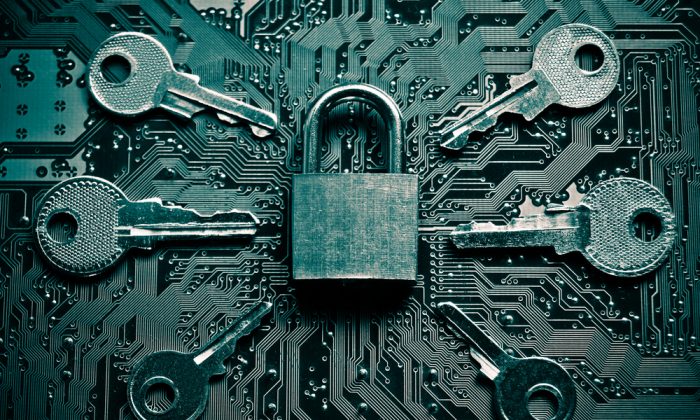 Easily guessed passwords put many Internet users at risk of their identity being stolen by hackers. (Shutterstock)
US

The year 2014 may be remembered for a number of less obvious happenings: Russia hosting the Olympic Games oblivious of its impeding economic havoc; Brazil hosting the World Cup despite vocal protests from its own citizens; the United Nations observance of 2014 as the International Year of Crystallography.

One more dubious honor 2014 will be known for is setting a record for cyber hacks and data breaches with over 3,000 incidents—including five among the worst ever as counted by records leaked, according to analysis by the Risk Based Security, a data security consultant firm.

Over a billion records were exposed mostly through hacking or fraud, and almost half were in the United States.

Americans had their credit card information stolen as well, over 50 million credit cards in fact, in the infamous September Home Depot hack.

Two more breaches made the top 10: In May, 145 million eBay account details were hacked, including passwords; in June, a hack de-anonymized the NYC Taxi & Limousine Commission exposing customer trip information.

One of the worst hacks in history, however, is missing from the stats altogether since its impact is not yet quantified: the November Sony hack, which crippled the company network for days and leaked 100 terabytes of data, including unreleased movies, financial records, and thousands of employees’ social security numbers.

“While the total number of records lost in that breach has not yet been determined, the event has clearly made an impact far beyond that of any other large incident,” Risk Based Security noted in a press release.

But the company’s Chief Executive Officer Barry Kouns warned the few high-profile incidents shouldn’t overshadow thousands of others occurring on a daily basis.

“[W]e can’t lose sight of the other 3,013 incidents occurring in 2014,” he stated. “We must recognize that incidents are being reported on an average of eight per day, and we need to find a way to turn the tide.”

Almost three quarters of the breaches leaked between 1,000 and 10,000 records, the report stated.

*Image of a lock via Shutterstock.