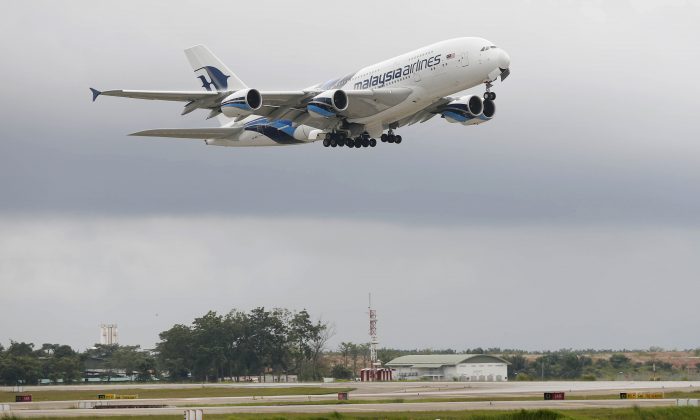 Ascend’s head of safety, Paul Hayes, told Bloomberg News several months ago that despite the grim statistics, “It’s important to look at the long term trends. What looks likes a ‘good’ or ‘bad’ year – let alone just seven months – by itself means nothing.”

According to the European Aviation Safety Agency, there were 224 air crash deaths in 2013, compared with a yearly average of 703 deaths between 2003 and 2012. However, according to another report from the group, it appears the numbers have dipped since the start of 2011, with less than 400 deaths each year since then until 2014.

To put this in perspective, it was common two decades ago for worldwide aviation deaths to top 1,000 per year. The worst crash year on record was 1972, with 2,429 deaths.

“The [air travel] accident rate has been consistently falling, and that is fatalities per miles flown. There are just more and more airplanes flying, so in some respects it stands to reason we’ll see more accidents. … There are going to be spikes in some years, but the overall trend has been safer and safer and I feel that will probably continue,” he told Business Insider.

Here’s the most high-profile crashes this year:

Flight 370 disappeared presumably over the Indian Ocean as it was traveling from Kuala Lumpur to Beijing. The plane had 239 people on board but it has never been found after it disappeared March 8.

Currently, Australian and Malaysian ships are searching through a portion of the southern Indian Ocean hundreds of miles from Perth, Australia.

There’s been a number of theories as to why the plane went missing–some of which are outlandish.

It’s expected to be found sometime next year.

The case of Flight 17 is a bit more straightforward than Flight 370–although no less tragic.

Flight 17 was shot down over eastern Ukraine, killing 283 passengers and crew, on July 17.

The US and Western powers have accused Russian-backed militants of shooting down the plane, which the Kremlin has denied feverishly. Right after the crash, militant leader Igor Girkin claimed responsibility for shooting down an AN-26 military plane, but after it was revealed that it was a civilian aircraft, the separatists denied being involved.

The incident was the deadliest airliner shootdown in history.

Flight 222 crashed into buildings in Taiwan after it was approaching land in bad weather conditions. The plane had 58 people on board, with only 10 surviving.

The plane was slated to depart from Kaohsiung.

Initial reports suggest the plane accident might have been related to Typhoon Matmo, which had recently passed over Taiwan earlier that day on July 23.

The airline announced compensation rates for the 48 crash victims at NT$14.9 million per person.

Flight 5017 crashed about a day after Flight 222 did on July 24, and it had 116 people on board. The accident killed everyone on board.

The McDonnell Douglas MD-83 plane was going from Ouagadougou, Burkina Faso, to Algiers, Algeria, but it crashed near Gossi in Mali.

The cause of the crash has not been determined, but there were reports that the plane’s crew had asked to return to Burkina Faso after it requested to deviate from course to poor weather conditions.

Flight 183, which had 18 people on board, crashed in Nepal’s Dhikura jungle.

The plane crashed into a hill after it attempted to divert due to weather conditions, which resulted in radio contact being lost.

It fell into a residential area, killing 39 of the 48 people on board.

It has been suggested that the aircraft suffered an engine failure before it crashed.