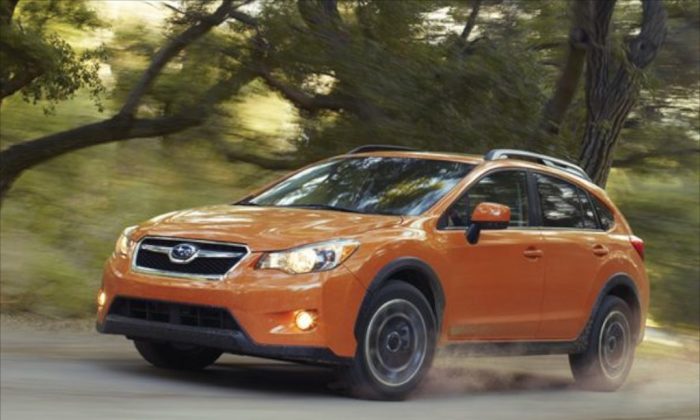 Running well both on and off the road, Subaru's Crosstrek 2015 is a really versatile family car. (Subaru)
Autos

2014 Subaru Crosstrek XV: No Show-Off Here, but Everything Else

What took Subaru so long? – That’s what the review of the Subaru XV Crosstrek basically boils down to. It is a true crossover riding on a proven Sedan platform combined with the features of an SUV.

Subaru has a good pedigree for building tough four-wheel-drive platforms, being capable of nearly all driving conditions.

The 2.0-Liter-Engine pushes out an unimpressive 160 horsepower from four cylinders that some reviewers have moaned over for not giving the car a real punch. But hey, this is not a high-powered Porsche Cayenne or BMW X5 – neither by power nor by price.  The Subaru Crosstrek XV starts at $21,995.

A car for the whole family – and the dog:

The mileage range of the Subaru Crosstrek doesn’t vary much between City and Highway – running 29 mpg here and 33 mpg there. The 145 Foot-pound of torque isn’t overly impressive but suits the general purpose and feel of the car.

This vehicle is built for family-use in winter and summer time. The Subaru Crosstrek XV doesn’t shy away from snow and harsh conditions, but it shouldn’t be put into a pedal-down-competition.

Both the access to the front seats and the back seats are really convenient.

What reviews say about the 2014 Subaru Crosstrek XV: