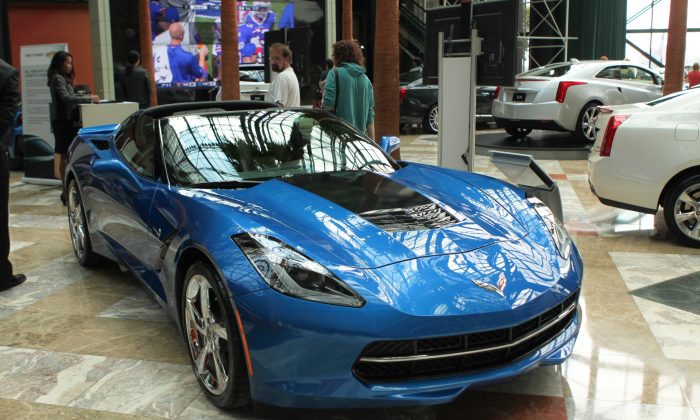 The new 2014 Corvette Stingray is on display at the MotorExpo in New York City on Sept. 8, 2013. (Benjamin Chasteen/Epoch Times)
Autos

The 2014 Chevrolet model improved its EPA fuel rating relative to the 2013 C6 model, according to reports.

The Corvette C7 Stingray gets 16 miles in the city, which is a slight improvement over the 15 miles per gallon in the city.

Ahead of the car’s release, it was reported there has already been 485 pre-ordered vehicles that have been shipped to dealerships around the U.S.

“As the first orders get out of the system and it starts settling down, what you’ll see is that the take rates on the performance options will go down and stabilize,” Chevy spokesman Monte Doran told the blog.