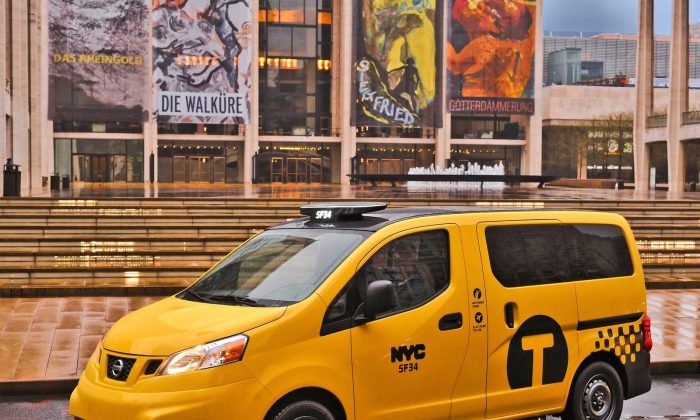 A new breed of small compact cargo vans has emerged on the scene in recent years. Unlike the standard hauler of the past, these smallish vans have aerodynamic European styling, are relatively fuel efficient, display car-like drivability, are easy to maneuver in tight places, and feature modern technology-laden cockpits.

The three prime examples are the Ford Transit Connect, the recently-revealed Ram ProMaster City from Fiat-Chrysler, and our test vehicle the Nissan NV200. In addition, Chevrolet will begin producing a version of the NV200 in the United States called the City Express.

Nissan anointed the NV200 as its go-to vehicle for several configurations including—and most importantly—a work van for small business. It also severs as the basis for taxis around the world including New York and London, and as the company’s new electric truck initiative, the eNV200.

Nissan is targeting the NV200—which uses the same platform as the subcompact Nissan Cube and Versa—to businesses that don’t need the mammoth space offered in the company’s jumbo-sized vans. And while the front-drive van comes in a couple of engine configurations in Europe including a turbo-diesel, American owners have to be satisfied with a 2.0-liter four-cylinder making 131 horsepower and 139 pound-feet of torque. The engine is mated to a continuously variable transmission.

Honestly we were prepared to be totally underwhelmed by its performance given most small sedans are endowed with more horsepower these days. But when driving the van empty, it surprisingly handled the normal traffic tasks in an adequate fashion.

No excitement here, to be sure, with a 0-to-60 time of 10.1 seconds, but we think it’s enough to haul light loads and accomplish its mission. What we don’t know is how the van would react to a full 1,477-pound load. Sluggish, we suspect.

There is a trade-off to gaining speed merging with freeway traffic—raucous engine noise under hard acceleration. The little powerplant is willing to work, but you’ll know in no uncertain terms that it’s giving you everything it has available. There is an upside—the little four-banger is EPA-rated at a fuel-efficient 24 city and 25 highway on regular gas.

The NV200 offers a tall, narrow stance, which is accentuated by diminutive 15-inch steel wheels. We were struck by the truck’s rather ungainly appearance. Its height is actually more than five inches taller than its width and we found that a firm grip on the steering wheel is a good safety devise when being buffeted by a passing 18-wheeler at 70 mph.

The NV200 in cargo format comes with only two seats, but we found them to be very comfortable. In one 90-minute slog, we left the van thinking the seats should offer good support throughout an eight-hour work day. On our truck, the driver’s seat was six-way adjustable with a ratchet-action rear-height adjustment.

What we didn’t enjoy at speeds above 60 mph was the cacophony of sound from wind and road noise and the occasional racket of the engine under hard acceleration. Add in the radio, with volume raised to be heard above the din, and the decibels were off the chart.

But again we had to keep our focus on this vehicle’s mission, to provide businesses with an efficient mode of transportation. And the NV200 has most things covered. For instance, the NV200 is agile and fuel-efficient in town with the ability to access tight parking areas that a bigger van could not. The front-drive configuration gives the van a very low load height making loading easier. Then there are such thoughtful features as a 40/60-split rear cargo doors with the left side smaller to reduce street-side intrusion when open, and sliding doors on each side of the van. Nissan has also made available integrated mounting points in the cargo area to allow for the installation of racks and shelves without the need to drill into the walls.

While the NV200’s cargo area is about 12 cubic feet smaller than the Transit Connect, it’s still a very useable 122.7 cubic feet. And for storage of long items, the front passenger seatback will fold flat.

There are two trim levels, S (base price is $21,150 including destination charge) and SV, and our SV trim test truck thankfully came with the available rear-door glass, which adds to rearward visibility. Total price on our test truck came to $23,375 including the very worthwhile $950 Technology Package that included a 5.8-inch touchscreen with navigation and backup camera, Bluetooth for hands-free phone operation, and satellite radio. Cruise control, steering-wheel mounted controls, keyless entry, and power windows and locks are part of the SV trim package.