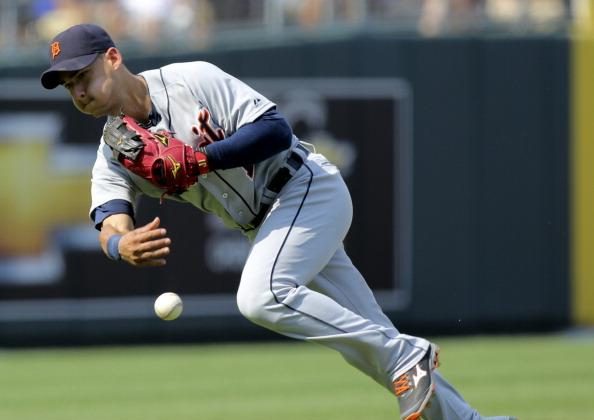 This award is given to the best rookie in the American League. This award has been given to position players and given to pitchers. This is just for the rookie that had the best season among others getting their first taste of the majors.

These are the rookies I think are candidates from the American League:

Acquired from the Kansas City Royals for James Shields, Wil Myers proved to be the potent offensive threat that the league expected he would be. He made his debut on June 18 as a part of a doubleheader. He would get his first hit in the second game and would get very hot during July. He would finish off July on a 12-game hitting streak with four home runs and 12 runs batted in. Eight of those games would be multi-hit games as he hit in the middle of the lineup against American League East rivals like the Yankees and the Red Sox.

Myers would see his playing time become occasional as he hit .209 in August. But he adjusted and found himself back in the lineup on a regular basis come September when he hit .308 with four home runs with 14 runs batted in. He’s got a strong case for the rookie of the year and makes the Rays front office look like geniuses in acquiring his bat.

In 2011, the Rays acquired Chris Archer from the Chicago Cubs in a trade that centered on starting pitcher Matt Garza. Archer would make his season debut against the Cleveland Indians in a losing effort. The young Chris Archer would have a sparkling July. He would win four of his five starts, including two shutouts, one against the Houston Astros and the other against the New York Yankees. He would hit some bumps in the road as the season started coming to an end, losing two of his last three decisions. He has shown signs of potential that the Rays will enjoy seeing in their rotation along with David Price, Alex Cobb and Matt Moore.

When the Boston Red Sox signed Jose Iglesias, he was expected to be a defensive star, no one expected him to be an above average offensive contributor. This dazzling defensive shortstop would just hit .450 in his first full month of the season. Over the course of the season, his offense would eventually come down to more expected levels as he hit .330 by the end of July.

With the Red Sox making a postseason push, the White Sox rebuilding and the Tigers in need of a shortstop with the upcoming Jhonny Peralta suspension; Jose Iglesias fit into a three-team trade that saw him end up on the Tigers. In 63 games with the Red Sox, Jose Iglesias hit .330 with 19 runs batted in and just four errors while playing shortstop or third base. Upon joining the Tigers, Iglesias would hit just .259 but doubled his home run total with two in 46 games. His defense would be the staple of his career as he committed just two errors while on the Tigers and made a sparkling defensive play that is marveled over constantly..

The 22-year old Martin Perez made his season debut in May and makes spot starts until June when he became a member of the rotation. He would start slowly, going 3-2 in the first half of the season. When August came, Perez went on a five-game winning streak, including his first career complete game against the Houston Astros, allowing one run while striking out eight. He would do well enough to earn the all-or-nothing game, game 163 against the Tampa Bay Rays to make the postseason as a Wild Card team.

Perez would go on to lose the tie-breaking game 163 to end the Rangers season but he had a very respectable rookie campaign and will be a big part of the rotation for years to come.

J.B. Shuck was signed by the Angels after the 2012 season and got an invitation to Spring Training. He would make the roster and would begin by coming off the bench as a pinch-hitter and defensive replacement got his second start of the season at the end of April and had a two-hit game with two doubles. He would start more games from this point.

He would bat in the 9 spot as he was a contact hitter looking to just get on base. By the middle of June, Shuck would see himself leading off and becoming an important offensive presence in front of bats like Mike Trout and Josh Hamilton. He would end up leading the American League rookies in hits (128) and runs scored (60). He also had the second best batting average among rookies behind Jose Iglesias. He only hit two home runs but when you are the leadoff hitter your contributions generally come more from scoring runs as opposed to driving in runs.

This could be a close race between teammates but Wil Myers did just enough to stand out. Being a position player and a consistent contributor to the Tampa Bay Rays’ push towards a spot in the postseason helped state his case for this award.

Chris Archer had a shot at winning this award but I think when it comes to a close race, the position player takes the tie. Jose Iglesias likely would have won this award had he kept up his outstanding offensive pace but baseball has a way of adjusting itself and his statistics came down to reality but his defense is great. J.B. Shuck may be the rookie that no one realized was a rookie. He didn’t stand out because hits and runs are not the statistics that people go to when judging a player. Martin Perez was good but he wasn’t the standout rookie in this less-than-stellar class.