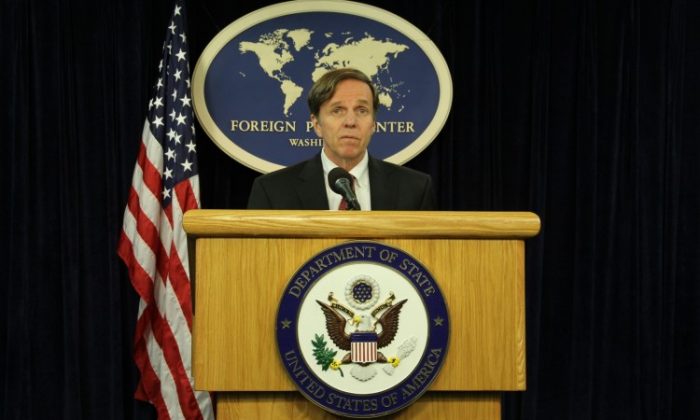 WASHINGTON, D.C.—It has been a tumultuous, inspiring, and in some ways disappointing year for human rights according to two rights reports released this week.

Amnesty International released its 50th annual human rights report, the “State of the World 2012,” on May 21 and the U.S. State Department released its 2011 “Country Reports on Human Rights Practices” May 24, an annual report that it began in the 1970s.

Both reports note the inspiring struggles of citizens in claiming their rights and freedoms from oppressive regimes, particularly in the Middle East. They also document increasing restrictions put in place to stymie those claims.

“In 2011 we saw too many governments crack down in the name of restoring order when their citizens demanded universal human rights and a voice in how they were governed,” Assistant Secretary for the Bureau of Democracy, Human Rights, and Labor Michael Posner, said in the report.

“The events of the year showed that the real choice is not between stability and security; it is between reform and unrest,” the report continued.

Speaking at the Foreign Press Center in Washington, D.C., May 24, Posner noted that along with instances of arbitrary detention, torture, and restrictions on expression and assembly, there had been a range of negative developments through 2011. Some countries became less free due to flawed elections, media clampdowns, Internet censorship, and attempts to curtail or control the activities of nongovernment groups.

Others continued their persecution of religious minorities and increased discrimination on racial or ethnic grounds.

“We also have said that there continue to be a range of human rights challenges in places like Russia, China, and Pakistan, where the United States has important policy interests.

The report highlighted Russia for “significant irregularities and fraud” during recent general elections, noting that Internet censorship, attacks on journalist, and harassment of individuals who challenge the government had all increased.

In China the human rights situation had deteriorated over the year, according to the report, particularly the freedoms of expression, assembly, and association.

Responding to a question about China, Posner said, “The space for human rights advocacy has narrowed.” He cited the case of lawyer Gao Zhisheng, who remains incarcerated in Shenzhen for standing up for Falun Gong practitioners and petitioners in China.

“It’s tough for journalists. It’s tough for bloggers. And we’ve also seen and are concerned about the restrictions on religious freedom for the Tibetans—for example, Buddhists—and are very concerned by the self-immolations,” Posner said.

There was also some good news. For the first time Burma’s government moved toward “greater openness, democracy, and liberty,” the report said.

“The size of the task ahead does not diminish the excitement of these first steps, or the sense of possibility they may inspire in other closed societies.”

Transparent and credible elections in Zambia and Tunisia also offered hope while Colombia made gains in stopping extrajudicial killings.

Continued on the next page: More Leadership