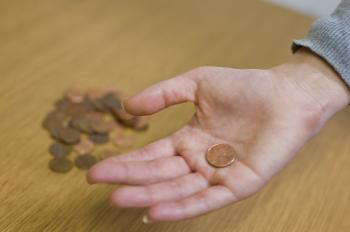 Losing Cents—Where Are the 2009 Lincoln Pennies?

Jim Fogarty
View profile
Follow
biggersmaller
Print
The year 2009 marked the 200th anniversary of the birth of one of the United States' most respected leaders, Abraham Lincoln. Like some of his presidential predecessors and successors, Lincoln’s image can be found on American currency, notably the five-dollar bill, and for the past 100 years, on the American penny, or cent.

As part of the Lincoln bicentennial celebrations, the U.S. Mint released in 2009 a series of four pennies which, on the reverse side of the coin, depicted various stages of the statesman’s life. The 109th U.S. Congress passed the “Presidential Dollars, Buffalo gold, and Lincoln Cent coin Act” in 2005, which laid out the details for minting the commemorative series.

Four different pennies would be minted in 2009, with the familiar Lincoln profile seen already on pennies on one side, and the reverse depicting scenes from stages of Lincoln’s life:

What is of interest is that many seem unaware that the commemorative pennies were even produced—and apparently, they are hard to find.

“A few of the pennies have turned up in circulation. I see them very, very rarely here in Boulder.”
Heading down to your local bank to pick up the commemorative pennies may be easier said than done. This reporter visited regional banks in the Rocky Mountains of Colorado to purchase a roll of 2009 Lincoln Bicentennial pennies. At all three locations the new pennies were unavailable, with one bank never receiving the new cents, and another not seeing them since November, the month the fourth and final coin in the series was released.

A third suggested customers inform their bank of their wish to acquire the coins—before the release dates—as banks order the coins at specific times specified by the Federal Reserve.

Alison Hoagland, an employee with Peoples National Bank in Colorado, also offered some advice for those who wish to acquire commemorative circulating coins in the future. “Be aware of the release dates,” Ms. Hoagland said. “Be aware of when their bank gets its shipment of the coin in, and then give their bank a call.”

Asked whether this was a general procedure with banks, she added: “It’s not really a procedure. It’s what we do personally.”

So does this scarcity of 2009 pennies add up to a rise in value?

“The fact that they’re scarce now doesn’t mean they’re always going to be scarce,” Mr. Stoker said. “I think they’re making too many of them to ever be any kind of an investment.

If you are planning to acquire a set for preservation or collection, and you have a friendly relationship with your teller, collector-grade coins can be acquired through your local bank. But in the case of the 2009 Lincoln penny, Mr. Stoker offers some valuable advice.

“If any of them [2009 commemorative pennies] are going to have any value in the future, it’s going to be the ones … made from the old composition of copper.” Mr. Stoker said, referring to the 2009 Proof and Mint Sets made available by the U.S. Mint.

The sets, unlike modern pennies which are copper-coated zinc, contain pennies of 95 percent copper—the same amount as the original 1909 Lincoln penny.