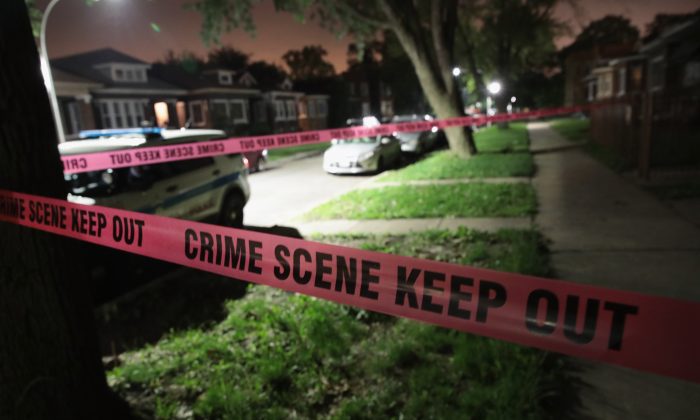 2,000 Serial Killers Are Free in US, Researcher Says

There are estimated 2,000 serial killers roaming free throughout the United States, according to Thomas Hargrove, researcher and founder of the Murder Accountability Project.

Since 2010, Hargrove has been using an algorithm he created to help spot serial killings among the thousands of murders that go unsolved every year.

The algorithm spots areas with clusters of similar yet unsolved murders.

“The algorithm is based upon a reasonable premise—an active serial killer can reduce the normal [or expected] clearance rate [percentage of crimes solved] for groups of similar victims killed through similar methods,” states the Murder Accountability Project’s website.

The method is far from perfect—many such murder clusters are not the work of a serial killer, a person who murders at least two people on separate occasions, often following the same pattern.

But based on Hargrove’s findings, police in Youngstown, Ohio, and Gary, Indiana, opened new murder investigations, the website states.

His estimates for the total number of serial killers is partly based on DNA links between murders.

“A few years ago, I got some people at the FBI to run the question of how many murders in their records are unsolved but have been linked through DNA,” he told The New Yorker.

It turned out about 1,400 were linked. That’s about 2 percent of the unsolved murders the FBI had on file.

“And killers don’t always leave DNA—it’s a gift when you get it. So 2 percent is a floor, not a ceiling,” Hargrove said.

Murder rates in the country have increased by over 20 percent since 2014, after two decades of overall decline, based on data submitted by local police agencies to FBI. The country hasn’t seen a two-year increase so steep since 1968.

What’s perhaps even more troubling, though, is that 2016 was the first year police managed to solve less than 60 percent of the murders, a historical low since at least 1965.

“Unfortunately, in recent years law enforcement as a whole has been unfairly maligned and blamed for the unacceptable deeds of a few bad actors,” he said a speech in Richmond, Virginia, in March. “Too many of our officers, deputies, and troopers believed the political leadership of this country abandoned them. Amid this intense public scrutiny and criticism, their morale has gone down, while the number of police officers killed in the line of duty has gone up.”

He also connected the crime with the opioid epidemic.

“Illegal drugs are flooding across our southern border and into cities across our country, bringing violence, addiction, and misery,” Sessions said. “We have also seen an increase in the trafficking of new, low-cost heroin by Mexican drug cartels working with local street gangs. As the market for this heroin expands, gangs fight for territory and new customers and neighborhoods are caught in the crossfire.”