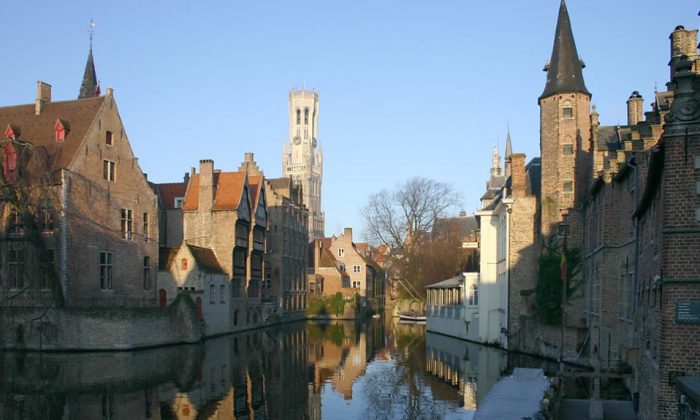 One of the most well-maintained medieval cities of Europe, Belgium's "Venice of the North" is a peaceful fantasy world. Best known as the setting for the cult film "In Bruges" starring Colin Farrell and Brendan Gleeson, the old city will be underwater with about 1.8 degrees of warming.
News

20 UNESCO sites that could be lost to rising seas

Humanity may have to say goodbye to some of its most cherished cultural sites. Research suggests almost one-fifth of the world’s UNESCO World Heritage Sites with cultural significance will be underwater in 2000 years if the world warms by three degrees in that time.

Two millennia may seem like too great a timescale to worry about, but many of these sites are more than 2000 years old. This long measure was picked because of the futility of trying to forecast the timing of sea level rise. Ben Marzeion from the University of Innsbruck and Anders Levermann from Potsdam University published their results in the journal Environmental Research Letters on March 4.

It’s a consequence of historic human settlement patterns that many of the world’s most culturally significant places lie along waterways.

Rather than predict the timing when each of the sites would sink, the pair studied the amount of temperature rise above pre-industrial levels likely to inundate each site. If the world sustains three degrees of warming, 136 sites, or 19 per cent of humanity’s culturally significant places, would be underwater in 2000 years.

“Future generations will either face the loss of these sites, or considerable efforts to protect them,” concluded the researchers.

Not all these sites are as good as lost, though, as the worst of the warming can still be prevented. If the world sticks to its goal of two degrees celsius warming, much of humanity’s history could be saved. Conversely, if action lags and the world ends up four or more degrees hotter, our cultural heritage will be the least of our problems.

Here are 20 of the most recognizable places that will likely be swallowed into the sea (all images licensed under Wikipedia’s Creative Commons).