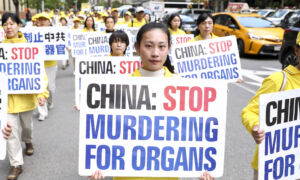 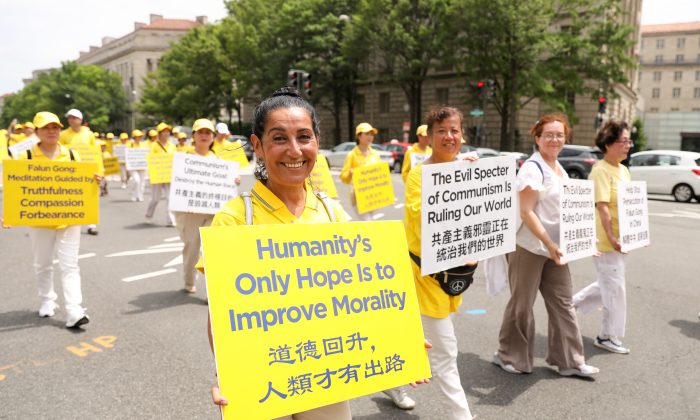 20 July—Anniversary of a Persecution Targeting the World

In the West, we have all heard of persecution, but it usually happens to someone else.

In China, the Chinese Communist Party (CCP) uses people’s fear of becoming the “someone else” as a tool of repression and control.

On July 20, 1999, the communist regime launched its brutal campaign to eliminate Falun Gong, casting tens of millions of peaceful, law-abiding Chinese citizens as enemies of the state. Trucks patrolled China’s streets with loudspeakers blaring anti-Falun Gong propaganda as police dragged people from their homes. State-controlled TV played constant footage demonizing the practice as practitioners were rounded up and held in sports stadiums, as detention centres and prisons overflowed. Countless practitioners were fired from their jobs, illegally detained, sentenced to prison and brainwashing centres.

After 22 years, this brutal repression continues today. Millions have been imprisoned, tortured, or killed, including by criminal harvesting of their organs for illicit transplantation.

Falun Gong was initially practised by Han Chinese, the same race as then party leader Jiang Zemin, and the officials who set up and enforced the persecution. Falun Gong practitioners were also party members or indoctrinated as children and teenagers through the party’s Young Pioneers and Youth Brigade. Members of the armed forces, police, public security bureau, government officials, academics, as well as farmers and ordinary workers of all ages, were among those who practised Falun Gong. Practising Falun Gong was apolitical then, and still is today.

What the party could not tolerate was Falun Gong’s rekindling of China’s spiritual and moral foundation, which was lost under the Cultural Revolution. For thousands of years, long before the transplant of communism from Russia in 1921, Chinese people knew of the divine connection between heaven and earth through the teachings of Taoism and Buddhism.

Falun Gong, also called Falun Dafa and first taught publicly in 1992, is a spiritual practice in the Buddhist tradition that consists of gentle, meditative exercises and moral teachings centred on the tenets of truthfulness, compassion, and forbearance.

Religion Under Communism in China

Since the communist takeover of China in 1949, the party has mounted regular anti-religious campaigns to enforce official state atheism. Yet, the Chinese Constitution permits freedom of belief, so long as it complies with “normal religious activities,” where “normal” is determined by the party-state.

Although the party seeks to hold onto power by “rebranding” itself as the custodian of Chinese nationalism, the ideology of Marxism-Leninism is still what drives it today. This dogma declares that religions are human creations, denies the possibility of life after death, and the existence of God or supernatural beings. Under communist materialism, individual human lives are expendable.

The CCP Central Committee Propaganda Department has vast resources. Communism does not see propaganda as immoral or a falsification of the truth. It sees it as a positive practice and a crucial mechanism to maintain party rule.  Since its inception in 1921, the CCP has conducted ongoing propaganda campaigns against the Chinese people and Western democracies.

Internally, it means total control of all media platforms, complete censorship, internet surveillance, systemic indoctrination, and coercion or incarceration. Externally, it is more nuanced, as the CCP utilises the openness of Western societies and the human weaknesses and attachments of their elite targets, to implant its foreign propaganda into Australia and other democratic nations.

The CCP’s efforts to control public opinion are based on the idea that the human mind can be shaped to conform to beliefs that the party requires. Building on what it learned from the Soviets and extending back to Dr. Joseph Goebbels, Hitler’s minister of propaganda, and the Nazi’s manipulation of the human mind, the CCP has also drawn on the Western works of Walter Lippmann and Edward Bernays in the field of “public relations” and “publicity.”

By utilising public relations, propaganda, and manipulation of the human mind, coupled with the application of advanced technology from the West, the CCP has become dangerously effective in extending its control mechanisms both in China and around the world.

In November 2004, the Chinese-language Epoch Times published the editorial, “Nine Commentaries on the Communist Party.” It captured the attention of the Chinese people as they could read the uncensored brutality and deceit the Chinese Communist Party has used to control China. It sparked a social movement known in Chinese as “Tuidang,” or “Quit the CCP.” To date, over 380 million Chinese people in China and around the world have renounced their ties to the CCP and its affiliated organisations, and lodged statements on the Tuidang website.

In China, Falun Gong practitioners have also been operating over 200,000 underground printing houses to produce information for distribution across China that has helped millions understand the goodness of Falun Dafa and know the evil nature of the CCP.

Is Someone Persecuted if They Don’t Realise It?

For some in China and the West, it can be hard to distinguish the impact of a persecution that does not target you directly, but still affects you as you negotiate your life around it.

The persecution of Falun Gong targeted 100 million people trying to live their lives according to truthfulness, compassion, and forbearance. It began a system of punishing good people and rewarding immoral, even criminal, behaviour. Therefore, everyone in China is a victim of this persecution and has been impacted by the decay of morality in society.

The lack of awareness by Western governments of the threat posed by the CCP and misplaced trust in engaging with a brutal regime are also indicators of the successes of the party’s PR and propaganda techniques.

The Chinese regime’s influence is also seen in the Australian government’s public silence on human rights atrocities, such as the persecution of Falun Gong or exposure of forced organ harvesting atrocities, which has become a cycle of Australia compromising its essential values.

Falun Dafa is trying to restore the foundation of human morality. The Chinese Communist Party is trying to destroy it. As the impact of persecuting Falun Dafa extends outside of China, we all become victims, and all face a choice. Chinese people “Quitting the CCP,” or Westerners rejecting the Chinese Communist Party are helping to create a better future.

John A. Deller is a committee member of the Falun Dafa Association of Australia.

John A. Deller
Follow
John A. Deller is a committee member of the Falun Dafa Association of Australia.
TOP NEWS