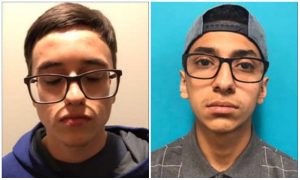 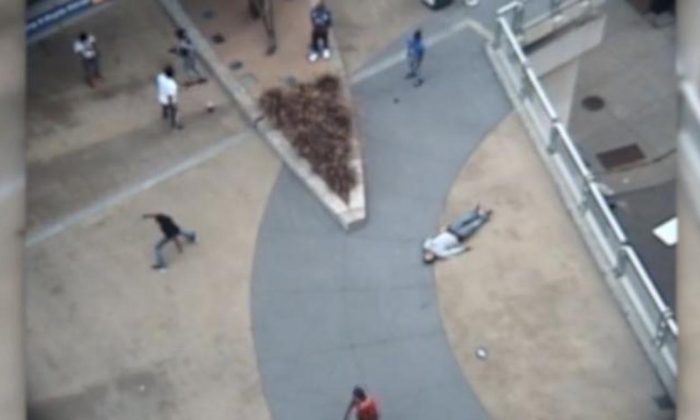 A still-frame from surveillance footage of a violent robbery in which multiple suspects ambushed a man in Minneapolis and beat him brutally. (Minneapolis Police Department/CNN)
Crime and Incidents

20 Arrested, 18 Charged in String of Violent Robberies in Minneapolis

A spate of violent incidents in Minneapolis has resulted in 20 people arrested and 18 of them charged, including with felony first-degree robbery.

Prosecutors with the Hennepin County Attorney’s Office said on Monday, Sept. 16 that the suspects range in age from 15 to 27 and are believed to have taken part in two separate attacks in downtown Minneapolis in August. Both robberies and associated assaults were captured on video.

‘Ripped Off His Shoes and Pants’

In the first robbery, surveillance video shows about a dozen people beating and kicking a man on Aug. 3 outside Target Field.

“The video showed about a dozen people trying to take a man’s cell phone and viciously beat him and kick him as they also ripped off his shoes and pants as they went through his pockets,” prosecutors said.

“By the end, the victim was lying on the ground where he was jumped on, hit with planting pots and run over by a bicycle,” prosecutors said. “The victim and the suspects were gone before police arrived.”

Beaten ‘Until He Was Unconscious’

The second incident happened Aug. 17 after a man left a downtown bar. He told police he was using his phone when he was surrounded by people who tried to take his wallet. He was beaten unconscious and robbed.

“The assailants kicked and punched him until he was unconscious and he later was diagnosed with a concussion,” prosecutors said. “The defendants were able to steal his iPhone, his wallet, keys, and $100 in cash. He was later notified by his bank that one of the suspects used his debit card to withdraw $220 from an ATM.”

Four of the suspects in the two robberies were 15-years-old and their names and charges were not made public.

Police told WCCO that the suspects in the two incidents singled out victims who were vulnerable due to intoxication, distraction, or were unaccompanied.

Minneapolis resident Sneh Bhakta’s told WCCO of having a greater sense of anxiety following news of the attacks.

“It does make me feel singled out because all the time I am alone,” Bhakta told the station. “And like when I commute at 6 in the morning, I am by myself, at the train station I’m alone.”

The Minneapolis Chapter of Men Against Destruction – Defending Against Drugs and Social Disorder (MAD DADS), is an organization that “seeks to bring about positive change, and encourages, motivates and guides committed men and women in the struggle to save children, communities and themselves from the social ills that presently plague neighborhoods.”

“Many of these juveniles that are affected by this are part of just coming out of incarceration and they don’t have any hope at home, there’s nothing there, and so they come downtown where there’s a little bit of everything and they’re waiting on somebody to prey on,” Smith said, WCCO reported.

Minneapolis has been struggling to cope with a shortage of law enforcement resources. According to Fox, the city’s chief of police has requested 400 additional officers to strengthen policing efforts in light of the uptick in violence.