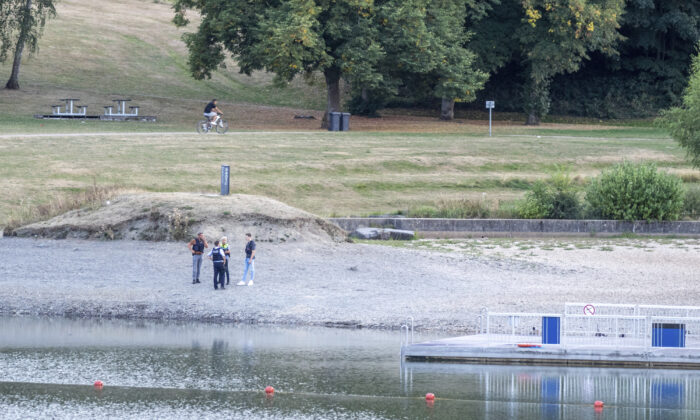 Policer officers stand on the shores of Lake Eiserbach near Aachen, Germany, on Aug, 26, 2022. (Ralf Roeger/dpa via AP)
Europe

2 Young Brothers Who Drowned in Germany Were UK Tourists

The boys, aged 7 and 9, were reported missing by their parents at a designated swimming area on Eiserbach Lake south of Aachen, near the border with Belgium.

Rescuers were able to retrieve the children from the water and they were taken to hospitals in Aachen and Cologne but they later died.

Aachen prosecutors said they were investigating whether the deaths were the result of negligence.