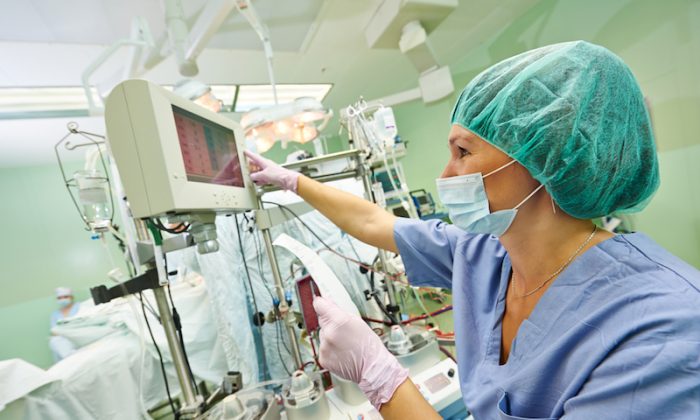 A 2-year-old Chinese toddler survived a severe accident after he fell onto a power plug. The boy was ultimately able to make a full recovery.

According to the Daily Mail, the toddler, named “Chen Chen,” was playing at his home in Guangzhou when the injury took place.

The child was playing on a bed at around 11 p.m. in the family’s home. His mother claimed he then lost his footing after stepping on a plastic ball and fell off the bed.

Boy gets power plug stuck in his BRAIN after falling off the bed in China https://t.co/CmqE7Xbo2A pic.twitter.com/Cq12aOHc7x

He fell right onto a power plug, which got stuck inside his head. Chen Chen’s family then took him to the hospital.

His mother didn’t explain whether or not he was being cared for by any adults.

Doctors informed the family that the power plug’s contacts inserted into the child’s brain. A surgical operation was then needed to remove the object.

After a three-hour-long operation, the plug was successfully removed, the Mail reported.

The boy was able to make a full recovery and was released from the hospital after two weeks.

A 14-year-old Chinese girl was hospitalized after she was constipated for five days, according to AsiaOne in a June 6 report, citing local media outlets.

The girl from Zhejiang Province said she couldn’t eat, had stomach pains, and other symptoms, the report said. Her parents finally took her to the hospital on May 28.

After an X-ray was performed, doctors spherical shapes in her abdomen. Doctors said that the round shadows were undigested tapioca pearls from bubble tea that she had consumed days prior.

The girl said that she had the bubble tea about five days before her health problems surfaced, AsiaOne reported.

The girl was then given laxatives to relieve her of the symptoms, it was reported.

A doctor involved in the case said that he thinks that the girl was hiding her consumption of bubble tea from her parents, saying that she would have had to drink a lot for it to be this severe.

Bubble tea pearls are generally made of starchy tapioca, which can be difficult for the body to digest.

In 2015, there was a scandal involving bubble tea pearls, where a TV reporter in China’s Shandong Province found undigested pearls present in her stomach during a CT scan. An investigation revealed that the tapioca “pearls” were made from old tires and soles of leather shoes.